MEKUS
When our lips finally met , it was magical , I kissed her so tenderly and she responded , her lips were the sweetest I have ever tasted , the softest I have kissed , she was simply amazing, I took my time with her , didn ’ t want to rush it , I wanted things to happen naturally, after about ten minutes of kissing , she took it to the next level as she began to loosen my belt, I was surprised when she made that move but hey , who am I to complain?, she took off my trouser , my boxer followed immediately as I watched on with surprise but that look of surprise was soon gone when my Di¢k got enclosed in her mouth , the feeling was amazing, I could not belief my luck as she began to give me the most amazing heads, I allowed her to suck me for ten minutes before I lifted her up straight to my bedroom , I gently dropped her on the bed, I took my time to undress her making sure I wasn’ t being too rough , when she was completely nude , I climbed on her and began to kiss her again , her boobs were the best , everything about her was close to perfection , I took one of the boobs in my mouth and began to suck on it, I dug my Di¢k into her Pu$$y and it fitted my Di¢k , it was like her Pu$$y was made just for my Di¢k , I went in and out of her gently, I did not fu¢k her , I made love to her and when we both came , it was epic ………
FEMI
Bola and I went for two more rounds after we ate the food she had cooked before I arrived at her place , we were totally exhausted after the third round that we both fell into a deep sleep after she climaxed for the fifth time, for me , that was my third climax of the day , I woke up some minutes past six and rushed into the shower to wash of the smell of Bola and her Pu$$y juice from me , I was under the shower with soap covering my face when I felt a grip on my Di¢k , damm ! This girl is a fu¢king nympho , honestly I was exhausted beyond explanation but I had never backed out when it came to Pu$$y and today is definitely not gonna be the first time, so I washed off my face and pushed her on the bathroom wall and zoom I drove in again …. .
CHUKS
Chelsea came that night , she bought some food stuffs which she used to prepare vegetable soup , this girl really knows the key to a man ’ s heart I thought as I ate the food , delicious!! , off course , we fu¢ked and real hard, I drilled her like it was going to be the last time, I swear, If I was to get married now , it would definitely be chelsea, my Di¢k loved her Pu$$y , her Pu$$y loved my Di¢k , but hey I wasn’ t ready for marriage . We just finished our second round of sex when a call came in, I didn ’ t want to pick it but when I saw that it was my cousin ’ s number, I picked up Asap , he told me that he just finished talking to his friends and they agreed that I could come stay with them , he then added that one of his friend’ s said I should come with garri and some other foodstuffs , I hate traveling with load but I agreed , that ’ s probably the payment I need to make in order to stay with them , I was happy that at least I have a place to stay , I thanked Emeka and we hanged up , Chelsea asked who called and I told her my cousin but I didn ’ t tell her I would soon be leaving to Lag , I hate explaining myself to anybody especially girls , I did not want anybody keeping tabs on me …..

MEKUS
After two rounds of love making, I saw Funmi off to the bus stop where she got a bus to her place , I was beyond happy , I gave her a sweet kiss before letting her go. I got home and went straight to my room to sleep, I woke up and Noel was home , I Wanted to tell them both about Chuk’ s arrival , Femi came back a bit late and headed straight to his room , I had to beg him for some minutes, he granted my request, I then told them that chuks would be coming to job haunt in Lag , so I begged them to let him stay with us , they both agreed and Noel added that I should tell him to bring garri and other food stuffs as our house was nearly dry and their was no cash, I thought about it, I knew Chuks hated traveling with load but I guess he is gonna have to make the sacrifice this time around, I called him and informed him that he could come whenever he was ready and he was very happy , I also informed him about the garri and he agreed to bring it…… 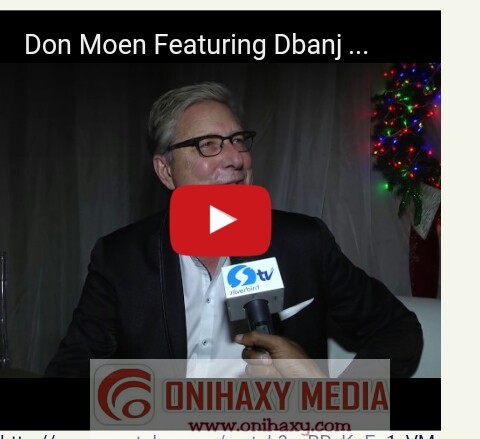 I may have a collaboration with dbanj cos I like him :- Don Moen