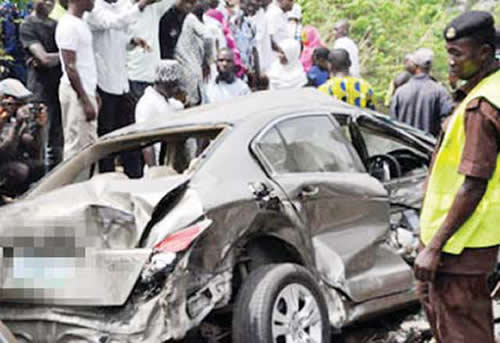 No fewer than 11 persons paid the price for violation of a traffic rule by a driver, which led to a crash on Gusau – Zaria Road, in the Tazame area of Zamfara State .
While six persons were killed in the accident , five others , including two children , sustained serious injuries .

The collision involved a Honda car, with number plate BKA 926 KA and a Gulf car, marked , AE 415 GUS .
PUNCH Metro learnt that the driver of the Honda was coming from Gusau , the Zamfara State capital, while the other vehicle was heading towards Gusau at about 10. 30am on Monday .
The Honda driver, who was said to have been engrossed in a conversation on the telephone , lost control of the car and swerved off his lane onto another lane , resulting in a head -on collision with the Gulf.
It was gathered that the two drivers and three other occupants of the two cars died on the spot.
Men of the Federal Road Safety Corps were said to have arrived at the scene a few minutes later and rescued six persons to the Federal Medical Centre, Gusau , for treatment .
One of them later gave up the ghost in the hospital .
An eyewitness, who gave his name only as Usman , told our correspondent that apart from engaging in a telephone conversation, the Honda driver was speeding .
He said , “ I was in my car returning to Zamfara from Kaduna State when the accident happened . The two vehicles were mangled and I counted five persons lying lifeless on the road .
“ Before the FRSC officials arrived at the scene, one of the injured occupants of the Honda told me and some other motorists, who stopped by to assist them , that their driver had been on the phone for a few minutes .
“ He said he warned the driver to park or end the call, but he refused until he suddenly lost control of the car, which rammed into the oncoming Gulf. Speeding compounded the effect of the accident . ”
Usman said the two children , who sustained bruises in the hands and legs , were between the ages of four and eight.
“ The bodies of the deceased victims and the injured were taken away by the FRSC officials . Two of the six injured were in a critical condition , ” he added .
The Sector Commander of the FRSC in Zamfara , Amos Thliza , confirmed the crash to PUNCH Metro , saying that the deceased included three males and three females.
He said , “ The accident happened along Gusau – Zaria Road at a place called Tazame, 24 Kilometres away from Gusau . Our men got to the scene at about 10. 45am . Two vehicles – a Honda and Gulf 3– were involved .
“ The major cause of the accident was the use of phone . The driver of the Honda was speaking to somebody on the phone. He left his lane and diverted to another lane , leading to a head – on collision .
“ Eleven persons were involved and five persons died on the spot while one died in the FMC , Gusau , where the deceased and the injured were taken to . ”
The commander stated that a number of road crashes could be prevented if motorists complied with traffic rules at all times.
“ People should always obey traffic rules and regulations. Avoid speeding , the use of phones while driving, and overloading of vehicles . These are the things we are urging motorists to desist from , ” he added . 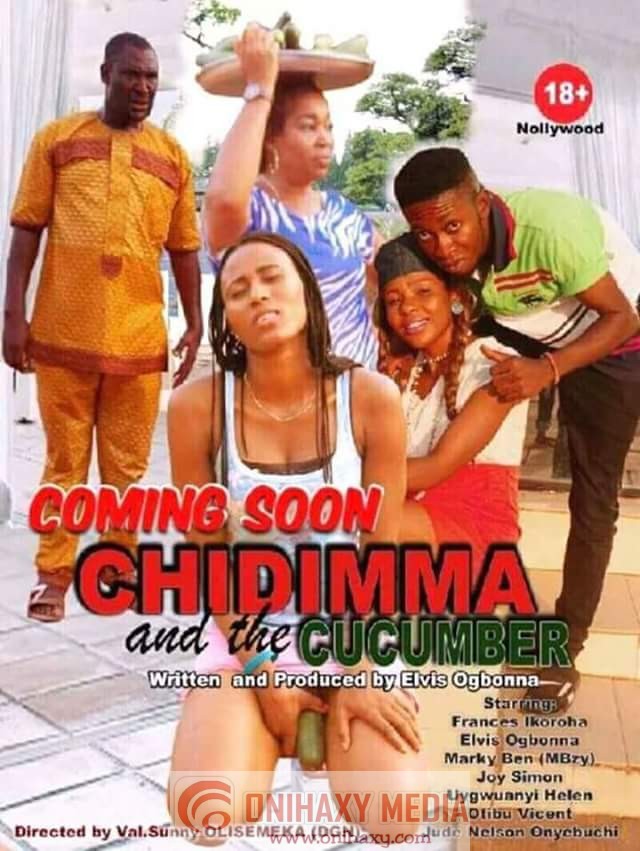 Chidinma and the cucumber now on movie