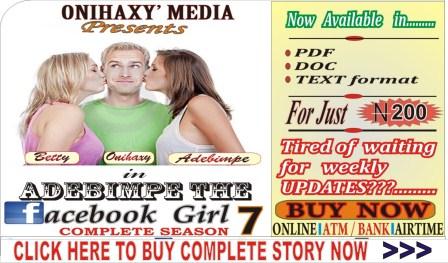 After a serious thanksgiving session on Sunday for not becoming a murderer and sent to jail because of Adebimpe, I got to work on Monday morning to resume duty as a permanent contract staff of the bank. At 10am, we were all summoned to the board/conference room for a briefing and We were all welcomed by the managements and we were been given some forms to fill and a copy of our offer letters was been collected from us. Five out of us were assigned to the other units of the bank entirely while the remaining five of us were retained to continue with the same role we were assigned to during the temporary contract period.
The five of us who are to retain our previous role was taking to a new office entirely to with systems and furniture’s fully provided, we were joined to the existing permanent contract staff in the same unit. As it was a continuation of the same thing we did in the past, no new training was giving to us. Our previous supervisor was still the same person assigned to supervise us. He just briefed us on our new tasks and assignments; he talked about our new daily targets and also talked about the process flow. He also told us to endeavor to approach other colleagues in the unit for more clarifications on anything that seemed unclear to us about the process as he reminded us that errors and mistakes i are big taboo in the bank which attracted serious sanctions.
We all began our assignment immediately as we logged in into the system with our previous login details. All through this period, there was no traces and sign of Funmilayo because I didn’t see her all through the briefing period neither did I see her during the morning connect session. I picked up my phone and tried calling her number but it wasn’t connecting.
At 12pm which was break time, I left my new office and I decided to go round to visit other people I knew during the period of my temporary contract. I got to floor where Benita’s team was using before and the guys who are permanent contract staff on the same floor bombarded me with questions.
“Onihaxy, how is Benita?”
“Where is she now?”
“Is she still in Lagos?”
“Are you guys eventually dating now?”
“Has she gotten a new job?”
“Why wasn’t she retained?”
“You couldn’t save her while you were pressing buttons?”
“Why didn’t you tell your office mother to help her?”
The questions were coming from various angles and I answered the few I could answer while I ignored the rest. I spent like 5 minutes with them and left the floor for another floor to greet another set of people. Finally, I went to the floor where Funmi’s office was situated of which I also worked on the same floor during my days of temporary contract. On opening the main door, the “gossip crew” welcomed me with their own version of questions.
“Heeeeeeee Onihaxy!!!!!!!!!!!!!!”
“The one and only son of Query mama”
“How you dey?”
“Your mama really tried for you ooooo”
“For you to be retained among the multitude of temporary staffs”
“Why didn’t you resume here?
“We thought you would be coming back to work with us from this floor”
“Or your office mama no longer need your service?”
“What about Benita your wife?”
“Hope you are hearing from her?”
“Hope you guys are still together?”
“Why wasn’t she retained sef?”
They continued to fire questions at me and I answered the ones I could answer. I enquired about Funmi from them and they gave me funny responses.
“So you want to tell us that you don’t know her whereabouts?”
“Well, she has not been seen in the office today”
“We were about to ask you whether she would still come today”
“Shebi you have her number?”
“Why didn’t you call her?”
“Or has she disowned you?”.
I just laughed at them as I left the floor and I went outside to the canteen closer to the bank to have my lunch and I returned to my new desk to continue with my task for the day. I continued this while having a gist along the line with my new co-workers. We talked about life and work during the period of the temporary contract, we talked about the girls who were boasting of been retained because they were rolling with big bosses and senior staffs. We laughed at their wasted sacrifices of free pussy they gave out to these senior colleagues. We also talked about the people who were doing eye services all in the name of appointment and we also laughed over it too.
At around 3pm, I was still on my desk, doing my work when our supervisor came inside the office, he walked towards me and said “Onihaxy, you will be leaving this office today; you won’t be working from here anymore”. I was shocked and surprised by what he said. I began to wonder if I had done anything wrong, or probably an error was detected from my previous works. I asked him why he wanted to move me out of the new office and he replied me by saying “Funmi arrived here like an hour ago, she said you should be moved away from this place and be moved back to her floor where you were working before”. I took a deep breath while my colleagues started clearing their throats “hmmm hmmm hmmm”.

A private lesson teacher raped his pupil at parent's residence