As the phone was ringing and she placed the call on a loud speaker, several thoughts began to flash through my mind.
“I hope Segun will not fuck up?”
“And I didn’t inform him oooo”
“I wish I had known that something like this was going to come up”
“I wish I had discussed about this with Segun earlier before now”
“what is Betty going to ask Segun sef?”
The phone was ringing and Segun didn’t pick up after like 5 attempts, Betty scrolled through her phone and I was scared maybe she was going to call Adebimpe but my mind came to rest when I saw dialing a number whose display name was “Grandma”, she spoke with her grandmother for some minutes and later hanged up. She dialed Segun’s number again and Segun wasn’t still picking up. I saw her giving up on calling again and I was so happy inside of me.
BETTY: Onihaxy, I don’t know why uncle Segun is not picking up his phone.

ME: I guess he is sleeping already, you heard him when he said he was tired the other time.

BETTY: sleeping?, at this time of the day?, the time is just few minutes past 9pm.

ME: maybe you should try again tomorrow. But why did you insisted on calling him?, you didn’t believe me right?,

BETTY: I’m not fully convinced yet. I have to verify from the other two people involved in this matter to find out the real truth.

ME: who are the two people?

ME: anyhow sha. No problem.

BETTY: but wait Onihaxy, you still have feelings for her even when you saw her again the first day you visited me at Lekki. Isn’t it?.

ME: feelings kee?, if I had any feelings for her, there wouldn’t have been any hatred between us. If not for you and Henry, I don’t think Adebimpe and I could ever talk together again.

BETTY: alright, no problem. I am so tired right now, can we sleep now?

ME: alright dear.
Betty stood up from the bed and removed her cloths, she brought out her night gown from her bag, dropped it on the bed and she tied a towel round her waist. “Are you coming to the bathroom with me or I should go alone?” Betty asked and I had an erection on hearing this. I replied her saying “wait for me and let’s go together”. I pulled off my cloths and it remained only my boxer on me as I stood up and led her into the bathroom. I entered first while she followed me and she locked the door from behind. She turned around, removed her towel and her breast bounced right in front of me, I couldn’t help it but to have a maximum erection as it was so obvious on my boxers. “What is this and why is it hard like this?” Betty asked me jokingly as I pulled off my boxer, I laughed and I said “it missed you a lot and that was why it was swollen”. I opened the tap and we were having our baths and having fun under the running water, I washed myself and later helped in washing her back and her boobs until we looked each other in the face and before we know it, we started kissing under the running water. The intensity of the water was really disturbing us and I had to lower it a bit as we continued with the hot and romantic kiss. I pulled my hand and grabbed her breasts and I started pressing and smooching while she began to moan softly and she was pressing her body against mine.

I retained my right hand on her breast and I dropped my left hand to the underneath of her abdomen. I tickled my way down to her clitoris and I was stimulating it, she increased the tempo of her moans and her breathing became hotter as I could felt it on my nose. I spent much time on the clitoris until I realized that she had really melted and I moved downwards to her honeypot and started digging it with my index finger. She was jerking and grasping as I increased the intensity of the fingering until I felt wetness on my hand, I removed my mouth from hers and moved my head downward to kiss her on the neck and tickle her down with my tongue until I raised up her nipples and I began to suck it hard like a new born baby. All this while, my manhood was super erect and it started appearing as if it’s going to break off. I later stopped finger fucking her and I turned her around, making her back to face me. I pushed her back forward and made rest her hands against the wall, I held my erected manhood and located the hole of her treasure island and I pumped in gradually until I was able to penetrate fully. I held her hips with my hands and I was pounding in and out of her with no mercy as she was moaning loudly and screaming my name. We had a good sex for like 5 minutes until I was about to cum, I wanted to pull out and suddenly, I remembered that my chances of letting her father released her to me for marriage was pregnancy. Instead of pulling out, I left my manhood inside of her and pour out all my liquid into her tank. I pulled out of her after ejaculation and she stood up properly, turned around and we kissed again. I increased the tap and we had a fresh bath to clean up before we later returned to the bed.
We got to the bed and change into cloths while we had some gist and discussions and I realized that I needed to send a message across to Segun and I could only do that when Betty is asleep. She continued to talk even when I expected her to sleep and I had to fake a sleep in the midst of the discussion just for her to sleep also. I guess that when she noticed that I wasn’t answering her again, she turned to the other side, pulled up the wrapper to cover herself and she slept. I couldn’t sleep as I was watching her to fully go into deep sleep with one eye closed because I knew that Betty could be very smart. At 2am, I lifted up my head quietly and I picked up my phone from the side of my bed. I opened the display settings and I adjusted the brightness to make the screen light appear very dim. I composed chat messages to Segun to update him on latest developments and to inform him on everything I told Betty. I watched the message to show the “delivered” icon and I cleared the message immediately after delivery.

<<<<<< To Be continued>>>>>>>>
complete SEASON 8 with full episodes is available for sale at just N200 only.
you can buy a copy
1. online using your Atm/credit card / paypal on our SECURE payment platform.

2. by direct bank transfer to our access bank or diamond bank acct

To buy a copy online, click the link below
nigeriabelow
(IN NIGERIA).you can buy on:https://voguepay.com/pay/bnl/56d5c9c955252

promo is still ongoing…. buy any two stories from onihaxy media and get any ONE for FREE. 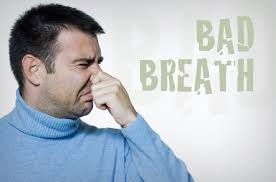 HEALTH: Bad breathe, the causes and the solutions

My Encounter with a waitress (18+) episode 4