About 100 passengers of an aircraft belonging to Qatar Airways have reportedly escaped death at the Murtala Muhammed International Airport in Lagos after the plane, a Boeing 767, experienced tyre burst upon take-off.

The aircraft had a burst tyre upon take-off

Leadership reports that the incident occurred while the aircraft was taking off on the runway 18 right of the international wing of the airport at exactly 2.59 pm after the captain was been issued clearance for takeoff.

A loud sound jolted the passengers as the aircraft was gathering speed to take-off, according to the report.

It was then stopped and moved back to the terminal.

The report quoted a passenger as saying that the incident made all the passengers commence fervent prayers especially out of fear.

“We were held in fear for some time. We thank God that the plane had not gathered the full speed for take-off, we would have been saying something else,” the passenger reportedly said.

The aircraft was still parked at one of the hangers of the international airport at the time of this report. 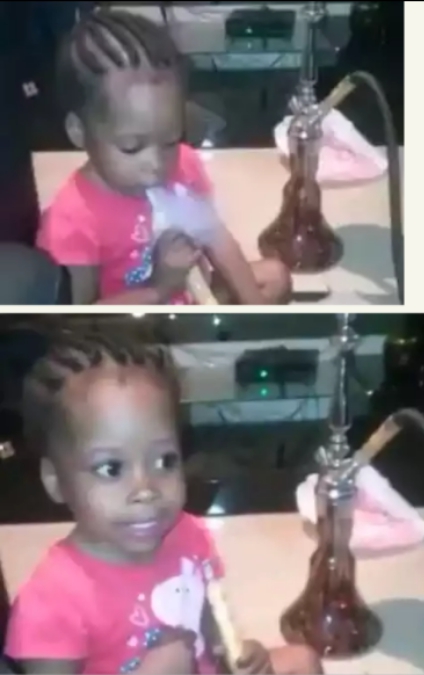 The pictures of this small girl smoking shisha got people talking