A 48-year-old rape suspect is alleged to have infected his victim with HIV in Katsina state.

The suspect, Muddaha Dan Bala of Sabon Gari quarters, Ingawa, in Ingawa Local Government Area of the state allegedly infected his 13-year-old female student of Binta Abdullahi Marmade Secondary School, Ingawa, with the disease after raping her at an uncompleted building near the school.

The health status of his second victim, another 13-year-old girl, has yet to be determined when the case came up for mention on Monday before Hajiya Fadile Dikko of Katsina Senior Magistrates’ court.

Abdullahi alleged that Muddaha, early this month, lured the two girls on their way to school to an uncompleted building and raped them, one after the other.

The Police Information Report on the incident with case number KT/1457X/16, read in the court, also stated, “Maddaha Dan Bala, 48 years, of Sabon Gari quarters, attacked the girls while on their way to school and lured them into an uncompleted building and in several times, had unlawful intercourse with them one after the other when he is fully aware that he is HIV-positive.

As a result, Zainab, one of the victims, was infected with the sickness.”

Muddaha was not in court on Monday when the case came up for mention, as the Police said he had been taken to the hospital for diagnosis.

The development made the Police prosecutor, Inspector Kabir Mohammed, to seek the adjournment of the case to 24/1/17, the request which the presiding magistrate granted.

Hajiya Dikko however directed that the Police must bring Muddaha to the court on that day (24/1/17). 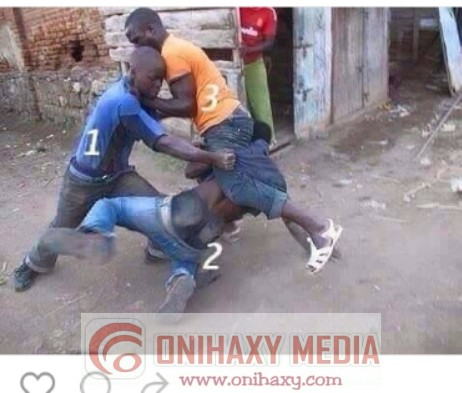 Photo of the day : why do you think they are fighting?

My encounter with a waitress (18+) episode 2