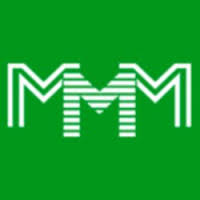 A ponzi investor identified as Ada Kole has died in Kubwa, a satellite town in the Federal Capital Territory after drinking insecticide following the crash of the MMM scheme.

The young man, whose wedding was rescheduled from December last year to May, 2017 reportedly died on Monday night following complications  arising from the poison he took late last year.

Kole had reportedly invested about N750,000 in the scheme in November last year and was expecting to get his 30 per cent income when the MMM crashed and he lost his money.

A family source said Kole  passed away after suffering from stomach complications as a result of the poison.

The source said, “Kole died yesterday (Monday) evening and his body has been deposited in a mortuary. He died from the complications he suffered from the poison he took last year. He had a terrible stomach ache and was rushed to the hospital where he died.”

Asked if the Benue State indigene was paid by the MMM before his demise, the source said, “No, he was not paid. In fact, he threatened to arrest his guider before the stomach upset returned last week and we rushed him to the hospital where he finally died,” he added.

It was gathered that his fiancée had been inconsolable since his passage.

Kole had earlier opened up on his predicament during a phone-in radio programme in Abuja last December where he admitted making profits from the scheme before it crashed.

He explained that he initially invested N20,000 and got 30 per cent interest few weeks later.

He said, “I came to Abuja from Benue few months back in preparation for my wedding and my friend introduced me to the MMM thing. He told me about the benefit involved, though I was a bit hesitant about it but he succeeded in convincing me to register under him.

Kole stated that he decided to increase his investment so he could make more money, but he apparently miscalculated.

He said. “This time, I believed it was real and I decided to increase my investment. Before then, my fiancée had warned me against it. So I went to my cooperative to obtain a loan and they gladly gave, thinking it was for my wedding.

“I put in N750k last month (November,2016) hoping it would yield 30 per cent income this month (December) only to wake up one morning to discover that my account has been suspended.”

The deceased had told his interviewer that he took the insecticide because he did not know how to tell his fiancée that he had lost the money for their wedding.

He added, “To be sincere, the best option I had then was to take my life, because I didn’t know how I was going to face my woman. I didn’t even know when I took the insecticide.”

The FCT police spokesman, Anjuguri Manzah said Kole’s death had yet to be reported to the police. 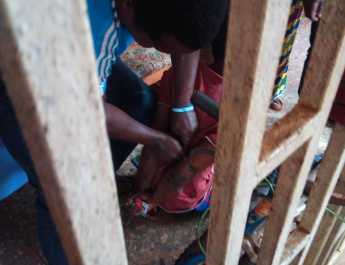