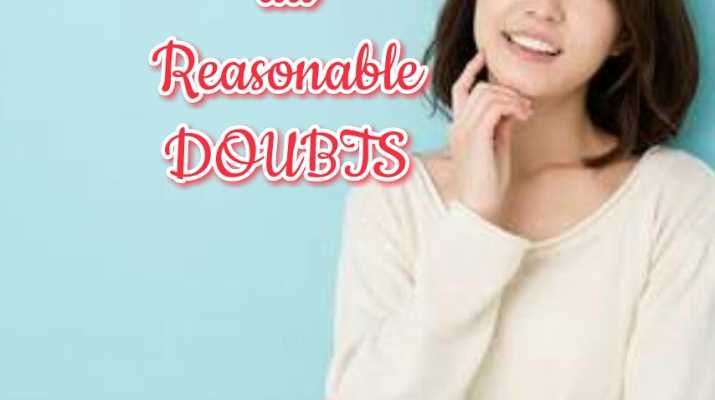 Beyond all reasonable doubt
February 19, 2018February 18, 2018
Posted By: onihaxymedia 0 Comment
Spread the love, please share with friends after reading

*BEYOND ALL REASONABLE DOUBT*

I felt something hard and sizeable move across my tiny thigh. I thought it was Danny’s left hand, but then it moved again. It felt a biteerie and I was quick to go for it with my left hand to know what it was. Alas! It was Danny’s 5inch member! Oh! Why would he bring it out from his shorts? Why would Danny do so? But then, it was still fine!Danny mustn’t be accused of anything he was yet to do!Danny’s J0yst!ck was big and looked excited! It was swollen and bounced at every touch. It was happy to see me! Since Danny wanted to show me how excited his J0yst!ck was, it was nice!Danny loved me and wanted to prove it!
Did he just dip his hand? Did Danny just dip his band into my p@nty?! Oh Danny! Aren’t you going too far?! Danny has his hand in my p@ntyand he is rubbing my moist K!ttyC@t! I was dripping Pour and Danny was feeling that! Oh how good itfelt!! He was rubbing my K!ttyC@t and I don’t want himto stop! Danny was likely going too far but has he done anything wrong yet? I wasn’t going to think so!He was only rubbing my K!ttyC@t with his hand while I in turn also did same to his J0yst!ck! I was holding the young s—t and was rolling it over my palm to and fro!His d!ckhead playing hide- and-seek with his foreskin! If Danny were wrong then I was equally wrong!And since I was certainly not wrong, Danny wasn’t wrong!Danny mustn’t be accused of something he has not done and doesn’t do. Denny was a……..mmmmmmm!!I was suddenly feeling a new s£nsat!on in my K!ttyC@t! Something was rubbing across the full length of my dripping K!ttyC@t but it wasn’t his finger!It was hard and thick! What was that? Danny’s J0yst!ck wasn’t in my hand anymore! It must have slipped away. Or was he the one? Was he the one who picked up his J0yst! ck? Oh Danny boy!
His J0yst!ck was on my K! ttyC@t! It was rubbing my outer K!ttyC@t! Smearing my sweet juices allover my swollen v—a! His J0yst!ck was rubbing my cl!t! Driving me crazy with every each contact! Was Danny going to do more than this?
Not atall!Danny was a good boy! He was only just going to continue with rubbingmy burning snatch!I knew he was! Danny loved me!And I loved him too! I twistedmy body in half, and gave him a peck in the mouth!
“Bend down a bit sweetheart”, I suddenly heard Danny say! We had barely said a word to each other as we havebeen breathing so hardand heavy!
But what does Danny mean? Why does he want me to bend down? Wasn’t he feeling up my c–t enough? Wasn’t hisJ0yst!ck rubbing my entire K!ttyC@t as much as he wanted to?I wasn’t sure about what he wanted todo. But he was Danny. And Danny was a good boy!
Danny was never going to do anything ugly or dirty!In fact Danny cannot evenuse obscene words like F**K, K!ttyC@t, c–t, J0yst!ck, J0yst!ck and all those other words mum warns me about! Danny will never do such things. SoI bent down as he requested!Without hesitation!
Because he was Danny!Danny the good boy!
My soaked K!ttyC@t slightly parted and what felt like a stiff swollen knob gradually began to glide its way into me. Danny was kissing my ear and saying sweet things to me as he clutched my hip from behind. It feltso good that I never wished it would stop! But wasn’t Danny using his stick on me? Wasn’t Danny’s J0yst!ck going inside of me?! Iwasn’t going to think so!Danny was a virgin! And virginsdon’t know anything about s*x! Or F**K, if you like!
Danny was likely onlytrying to see just how tight I was!He was still at the tipand hasn’t done anything wrong!Danny must not be accused of anything he hasn’t done! Danny is a good boy but……..…..Oh! And that is the school bell!We had to getback to class now!! Break was over!

Brand new: Beyond all reasonable doubt episode one

Beyond all reasonable doubt episode 4