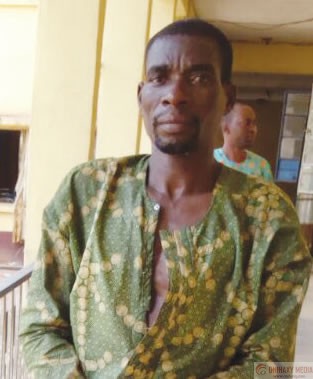 A 43- year -old man , Adebisi Akinrinmola who allegedly killed his rival , Ashimiyu Ademola , during an argument over his lover , Fausat , has said that it was the devil that pushed him to shoot the deceased .
The suspect was among the 43 suspects paraded by the Ogun State Commissioner of Police, Ahmed Iliyasu, at the command ’ s headquarters on Friday. The crimes committed by the suspects, between January and February 2017, include murder, armed robbery, impersonation and kidnapping.
Dressed in light green ankara , Akinrinmola had been accused of killing his rival on Sunday , February 19, at Ajebo Village , Ijebu Igbo , Ogun State .
Looking sober and pensive , with the dane gun he used for the crime placed before him , the suspect said Fausat was actually his wife for nine years , but she had no child for him before they ‘ separated ’ recently and she went into another liaison with Ademola .
He said on the fateful day , he met them on the way to the farm and an argument ensued between him and his rival .
Akinrinmola said , “ It is true that an argument ensued between two of us . When we were arguing, he squeezed my cloth at the neck region and I managed to escape from him . He then started chasing me with cutlass . He was the one who pursued me to the farm house with a machete , and I had to reach for my dane gun and shot him to defend myself.
“ I regret my action; it was the devil that pushed me to carry out that action. I tried my best to make sure Fausat bore me a child but it did not work . ”
Akinrinmola said he had a first wife who is still in Oke Oka , Ondo State and that she had five children with him . He added that the incident happened in his cocoa farm in Ijebu Igbo .
Among other suspects paraded were five trans -border armed robbers from Chad and Niger , who had allegedly robbed a chief magistrate and a pastor with the Redeemed Christian Church of God , among others , in the state.
According to Iliyasu, the suspects, Abdullahi Hassan , Memud Aruna , Ismaila Abba , Ahmed Yusuf and Abbas Garba belonged to a syndicate which specialised in burglary . He said they were planning to carry out another operation in Idi Aba area of Abeokuta before they were nabbed on Saturday , January 28, 2017 at their hideout .
He said the suspects disguised as security guards at various homes but assembled to rob at night.
He said the police recovered from them three pump action guns, five live cartridges , one cutter and two jack knives .
Also , a member of another robbery syndicate, Adebayo Femi, was paraded . Iliyasu said the gang specialised in car snatching at Okunowa area in Ijebu.
When Adebayo was arrested on Monday , January 23, 2017, a Pathfinder sport utility vehicle, one pump action gun and one locally- made pistol were recovered from him .
Also paraded were seven members of a syndicate who specialised in hijacking goods on Sagamu –Ore Expressway. They allegedly hijacked a truck , loaded with 45, 000 litres of diesel, coming from Delta State at Ogbere area of Ogun State .
The leader of the syndicate, Chibueze Nnamdi, confessed to the crime but said the driver of the truck was working in concert with them .
One Emmanuel Asuquo was also paraded for impersonating an official of the Economic and Financial Crimes Commission and the Nigerian Breweries Plc.
Asuquo alleged that someone who claimed to be an official of the commission promised to get him a job in the anti – graft agency. He said the person collected N 110, 000 from him and issued him the fake identity card.
Other suspects paraded were a set of seven suspected armed robbers who dispossessed market women of their goods and money at Lafenwa , Abeokuta using machetes .
Giving the breakdown of the items recovered in the first two months of the year , Iliyasu said 25 different guns and 32 rounds of ammunition had been recovered . 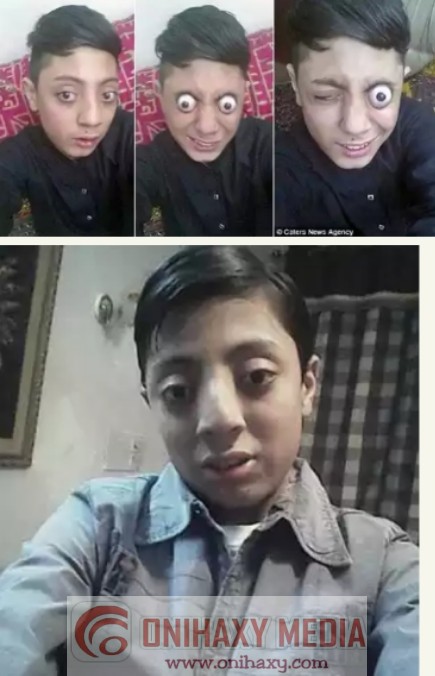 If I win the N25 million cash prize, I will blow it off in a week – Tboss of Big brother