Episode 39
(duel on the mountain)

In the haunted forest to the mountains, the shadows of the afternoon crept through the trees. The western sky was a blaze of red, but to the east the first stars were peeking out. Ogidan flexed the fingers of his sword hand, remembering all he’d suffered from ajadi.
They left the Great palace of ayetoro in an hour shy of sunset in case they took a wrong turn or had difficulty finding the mountain . Ogidan  wore his sword belts. The big man had his warhammer slung across his broad back.

“It is still not too late to abandon this folly,” lerris one of ogidan men protest , as they made their way down a foetid alley toward the old spice market. The smell of piss was in the air, and they could hear the rumble of a corpse cart’s iron-rimmed wheels off ahead.
“my late old father  used to say that a warlord who is scared of facing war will end up dying like a puppet . We have nothing to be scared of . We have more men than they could imagine.. we bring back ajadi’s body ,As we were commanded.”

They rode down the dark forest with great speed immediately after he conclude his words which made the dusty sand ran after them.. in few minutes later, they were close to the mountain, ogidan raise his left hand to signal his men for a halt which they all adhere to. He pull up two fingers commanding two of his men to climb from the south and he did the same ordering another two to climb from the north, he was left alone with lerris while they climb from the middle, he wrapped his hand across the edge of his sword as they pick their way towards the top of the mountain.

Few seconds after, they are already at the top, he quickly drop from his horse and quietly tiptoed down to the cave, he was followed by two of his men while the remaining three  spread themselves  outdoor. Ogidan saw two men laying beside a necked body which laid lifelessly on a wooden bench,.
“Walk with me” he ordered his men to follow him .
Zillar was the first to notice the sound of his war boot followed by his two friends, they tried to jump up and fight whoever it was, but they were already surrounded by ogidan and his men .

Ogidan step forward with a wild sinister smile on his cheek..
“My dear friends! We are not here to harm you. All we need from you is this lifeless body of ajadi and I will set you free.. ” silence greeted his pronouncement immediately after.. he wait for a while and no one seems to reply him.. “ok! I guess I will have to do it my way.. take the body and kill them all ” he ordered
“Please my lord! Have mercy on us” billar begged as the soldiers approached them in order to carry out the given task..

Ogidan laughed. “A pity we have none. But thank your stars am in good mood , Bring me the body ” he replied and he walk out of the room
Immediately two of his men lift ajadi’s body on their shoulder and they follow him from behind
” Do you trust this peace, billar? I don’t. He is a very dangerous man, he have no eye for mercy am sure they have something bad to offer us” jillar complained
“Then what should we do?” asked billar
“We fight them “zillar replied

Three of them pick their sword and run out of the cave, they saw ogidan and three of his men on theirs knees and the other two of his men lying in pool of blood besides ajadi’s body.
“Whats going on here?” billar queried .
They look around and they saw marvel and Lazar standing besides ogidan as they stretched their sword towards them.

To be continued ‎ 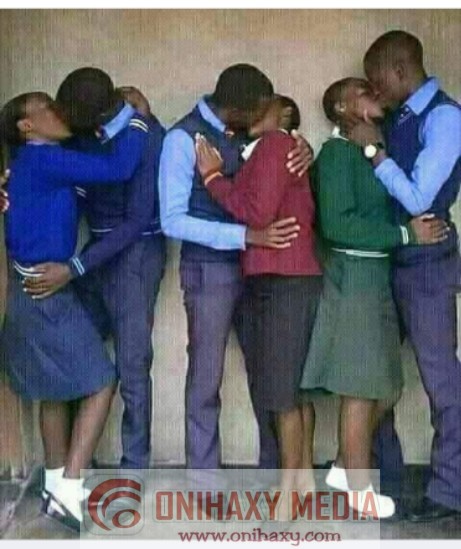 Caption this Secondary school picture. Guess what could happen next 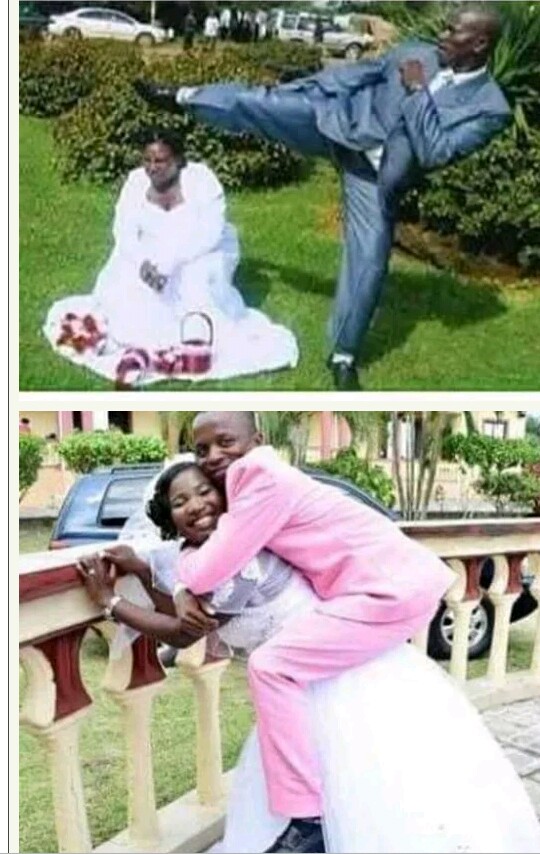