Janet and her two children kept cuddling on the bed while her husband’s phone rang for the seventh time in five minutes. It was a Saturday afternoon.

Soon enough, the sound became “deafening” and she had to answer the call to tell the person to call back in few minutes when he would have finished in the bathroom.

“The contact of the person calling was saved as ‘James office’ so I felt the person should be one of his colleagues and so I didn’t hesitate to use ‘sir’ when I answered the call, but I was surprised to hear a female voice,” she recalled.

Notably, that call did not only open Janet’s eyes to the fact that her husband had been cheating on her, she also got to know how long she had been sharing her man with another woman, or even other women in their nine-year-old marriage.

Janet said, “The moment I answered the call, the lady calling screamed in anger even before I could say a word. I think both of them were supposed to be somewhere at that time because my husband was also rushing to go out for an ‘appointment’. She even asked (him) if it was his ‘stupid wife’ that was delaying him. When she finished ranting, having said so many things that left me in shock, I simply asked who she was, and she answered, ‘so what’ and she dropped the call.”

Apparently shocked, Janet said she confronted her husband and that instead of apologising, he was furious and even told her she could pack her things and leave his house if she was no longer comfortable.

She added, “Before then, I had heard him countless times making silent calls and he would always terminate the call once I was approaching, but I didn’t want to assume wrongly, until that day that everything was confirmed.

“He has not changed because I have caught him many times after that. I can’t leave him, because God is against divorce and for the sake of my children.

Even though the relationship is not as exciting as it used to be, the couple are still together and had even had another child after that.

According to findings, being cheated on can be emotionally and psychologically draining, but interestingly, Janet’s experience is representative of what many women go through in marriage. Studies have shown that about 70 per cent of men cheat on their wives and that 17 per cent of divorce cases are caused by infidelity.

But, beyond religious teachings that admonish people to stay in marriage ‘for better, for worse,’ it would be interesting to know the reasons women stay with cheating spouses:

Children: Findings have shown that one of the reasons women tend to stay with a husband that cheats on them is to protect and properly raise their children in the man’s house, especially if they would not be allowed to go with the children. Even if they are unhappy in the man’s house, they still prefer to stay than live in luxury outside his home. A psychologist, Prof. Oni Fagboungbe says, “If the woman already had children with the man, she tends to feel that her absence in that house would expose her children to maltreatment and they would suffer, especially if the man marries another woman. So, women tend to stay, just to look after their children, and that is the consolation for them.”

Societal discrimination: According to a report on Huffington Post, one other reason women tend to stay with cheating husbands is societal perception. In a bid to avoid being the subject of gossip and unpleasant reference among friends, colleagues, family members, neighbours and even siblings, some women have had to put up with cheating husbands. Fagboungbe also adds that such women would rather stay with the man than allow people see them as jumping from one man to another or for people to count how many men they have dated. He said, “In the African culture, some people see a woman’s exit from her husband’s house as a sign of her incapability to manage her home. So, such women want to stay to avoid such talks.”

Social security: According to Divorced Moms, a website where divorced mothers share their experiences, this is another reason most women would prefer to stay with a cheating husband rather than pack out of the house, whether to live alone or worse still go back to their parents. Thus, women with cheating husbands tend to see such men as ‘half bread is better than none’. On this, the psychology professor say, “From psychological perspective, there is a personality structure called ‘id’, which is very fragile, feeling insecure and would always look for somebody to lean on. Every human being has this personality component but it is more active in women than in men. So, that sense of insecurity would make women want to stay because leaving the marriage could make them see themselves as vulnerable and unsafe.

Financial dependence: Customarily, men are expected to fend for their families, and if that had been the case in such a home, some women tend to depend on their husbands for money to take care of the family, especially if they are not working or not making reasonable income. Such women are even more likely to stay if the husband is rich and has influence in the society. So, according to one of the reports, to avoid losing out or being stranded, such women tend to stay, more so if he still pays the bills and fulfils his obligations in the home. The fear of having to start afresh can also compel women to stay. It is more so if their self esteem is tied to the man’s status, thus, they would stay to sustain their self esteem and well-being. This view was also supported by the divorced mothers who shared their thoughts on their website.

Past contributions to the union: Some experts have also found that women who are the breadwinner of their homes or women who have contributed immensely to the sustenance of the union and running of the home tend to endure the man’s infidelity and excesses.

No more fears of the unknown: Some women believe that almost every man cheats, and for such women, not having seen their husbands with another women simply means he has not been caught, and not because he is not guilty. Thus, for some of these women, they feel better when they know and they could move on. It is for no reason that such women include contraceptives like condoms when the husband is travelling and they tend to warn their husbands not to bring the woman home. For such women, they would rather stay with the known person than going to meet an unknown man outside.

To avoid being blamed for failure of the marriage: It has also been observed that some women would rather endure a man’s infidelity or wait for the marriage to crash on its own rather than opt out of the marriage, simply because they don’t want all fingers pointing to them as the reason the marriage failed.

Planning revenge: For some who least expect their husbands to cheat on them, marriage counsellors also found that getting back at the man could be a way to assuage the betrayal. In fact, previous studies have found that one of the reasons women cheat is revenge. Thus, some women who feel betrayed by a cheating man could resort to (discreet) cheating to feel better. To them, if the man does his and they do theirs, there would be no problem.

Optimism: According to Ruth Houston, who is the founder ofInfidelityAdvice.com, women who have cheating husbands tend to be optimistic that such would not happen again especially if the man apologised or they both went for counselling. This is even more so when religious leaders intervene, admonishing the woman to stay or banning the devil in the home or rebuking the enemies. On the other hand, some women tend to forgive the man for betraying the trust, whilst hoping there wouldn’t be a repeat. 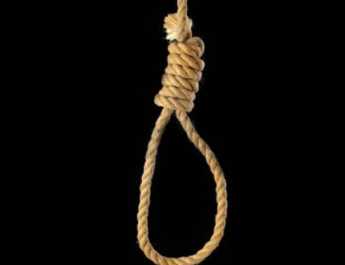