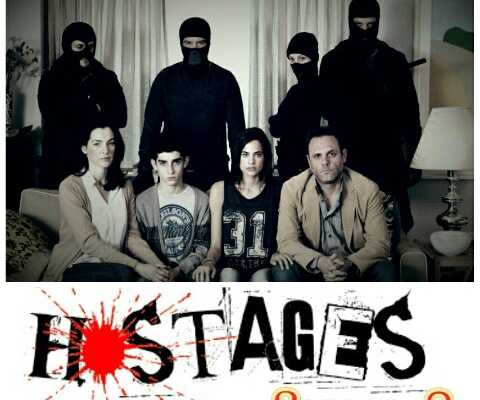 She is a ghost
January 22, 2018
Posted By: onihaxymedia 0 Comment
Spread the love, please share with friends after reading

***
Acc manager: here I am sir.
Mr madu:now tell everyone what you told me today.
Acc manager:ehn I over heard them when they where arguing about the product they sold. I heard the manager saying that he owns the product that he will not pay the their share,and so on.
Mr madu:very good, now what have you suspected earlier before this?
Acc manager: I have always discovered that cements are going out of this company at night at least 2times a week. The last time I caught them, I ask the manager that why are you guys moving out goods by this time of the day, he said that’s how our move out good at night sometimes just for fast delivery.
Manager:ah am dead.
Mr madu:so now what do you have to say to this.
Manager:its a lie we never did such staffs do you know what she is talking about???
Staffs:no oooo Oga na lie ooo its a lie he wants to rope us.
Mr madu:oh you mean she is a pier right?
Manager: yes what evidence does she has?
Mr madu: very good.
Mr madu picked up his phone he dailed my line as my phone began to ring,I picked up the phone.
***
Me:hello sir
Mr madu:yeah meet me in my office right now!!
Me:OK boss on my way sir.
***
Mr madu:now look at them carefully (pointing at them)
Mr madu:here you must be transparent or else you will loss your job
Me OK sir
Mr madu:I want you to point out those who are moving goods out of this company at night.
Me:sir???
Mr madu:you heard me well.
Me:ah!! Ehn ehn (coughing)
I can see their eyes as if they are about to fall down and die as they looked me with fear on their face.

Me:ehn sir,(I looked at the last man at the back then I remembered that he had help me before when I was sick, he was the one who paid all my bills I couldn’t have survived. Now its high time I return the favour but how do I so that, I guess whatever I say the manager will believe me cos am the last witness to seal the case.
***
Me:sir I saw the manager time to time I think he is the one who head that night moving of goods
Mr madu:ehn ehn very good continue boy.
Me: sir I saw himr too,him too I saw that man there too in fact all of them are there almost everytime but that man at the back I never saw him.

Mr madu:are you sure?
Me:yes sir I never saw him intact I don’t think I know him before. So I don’t and can’t even recognize him.

Mr madu:hmm now you are caught red handed.
***
all of them fell on the floor as they began to cry, begging mr madu.
Manager:ah sir its not like that sir, I was just looking for small change.
Staffs:yeee gbese sir ejor sir, pls sir we where just helping the manager sir we don’t know anything sir pls sir.

Mr madu:enough!!! Are you all mad??? Oh you think am a fool. But I trusted you,I had hope in you, I made you my manager. Oh lord I never know you would stab me in the back.
***
mr madu drop his head down in disappointment he never expected such to happen.
Mr madu: hmmm ok, now here is my judgement.
Mr madu:you get up, you can go back to your duty
Staff:OK sir (walking away).
Mr madu:I hereby sack you all from this company now I don’t want to see you all any longer
Manager:including me sir???
Mr madu: you must be mad for that question, get out (yelled) you useless animal.
I followed him then I walked down to my post as they began leaving the company one by one till they all left.
***
I was a young man seeking good job,good wife,better future. I can do anything for money apart from stealing. I tought about what happened for like a week hmmm some people are just luck but they will still misuse it I am the one who is suppose to be in their position. A whole manager forfeited his job for mare illegal income what a shame.
****
Things went on, the man I covered for came to me he was so in love with me he gave me much respect he showed his gratitudes that I saved his job for him, he thanked me for what I did for him and he also promised me he will never return into such act in his life.
***
Back to main story
***
*WEDDING DAY*
———–
Fred:we must fuck our self ooo before you go
Lola:oooo stop this you know today is my wedding and I don’t want anything to hinder it.
Fred:forgetiiii let’s do this jor. What do you expect before you came to my house today and you don’t want to have sex.

Lola:no I didn’t come for sex. I came because you told me you want to see me.
Fred:ehn I want to have sex noni.
Lola:see am not OK with this so each time you see me now you always think of sex.
Fred:hnn?? Am horny jor (stands up from chair)
He walked to Lola as he unzipped his jean, his dick fell off. He knew Lola had no choice than to comply. He took his dick to lolast face.
Fred:suck me Lola.
He forced his into her mouth as Lola received it.
Lola:hmm
Fred:oh yea arge!!! Ah ah ah
Lola continued sucking
Fred:ahshh yea!yeah!!yeah!!!
He removed his dick as he lay Lola on the bed he removed her pant without hesitant he inserted his dick into her wet pussy as Lola moan. He began to bang her like he never sexed before. Lola was enjoying the dick as she was pressing Fred down to her pussy she began the push up her pussy was colliding Fred’s dick half way up and down. They continued the fucking.
***
Majek:yes boss am all set infact am am in the venue right now
Boss at work:oh your body don dey for road. Lol OK ooo am on my way meet you soon.
Majek:yeah boss.
(Hangup)
Majek:ehn ehn lemme call my wife.

He pick up the phone again as he failed his fiancée’s number
Ringing! Ringing continues…
4missed calls
Ring continues…
***
Lola:ah (moaning during sex)
Lala:uhmnn my phone is ringing.. Ahh hunn
Fred:groaning continues
Lola:stooooppp!!! Arshhhh!! My phonaaaaa
***
Where this girl keep phone hnn I will call you later.
Fucking continues

She Is A Ghost episode 16

She is a ghost episode 12

She is a ghost episode 6