A fashion designer, Makanjuola Samuel, has pleaded with an Orile-Agege Customary Court sitting in Lagos State , to dissolve his 10- year -old marriage to his wife , Abosede , on account of her alleged adultery .
The 56-year – old man told the court that he caught his wife with another man as far back as 2008.
He said , “ I was called on the phone that my wife was in an apartment with a man and when I got there , I met her sitting on the bed wearing only her blouse and the man wore only boxer shorts sitting opposite my wife . I walked out when I saw them . ”
The Ogun State indigene explained to the court that as he left the scene , he heard the man ask who he was from Abosede.
“ When I got home, I didn ’ t say a word and she never did too , ” he further said .
Samuel told the court that he had warned his wife on several occasions to desist from her wayward ways but she told him she was clean.
However, he told the court that he reported her to her father but he never offered to settle the problem between them .
He said , “ Her father came to our house but he never for once asked us to sit down and talk. After seven years , her mother called me on my phone that we should all sit down and settle the issue ” .
Samuel explained that his wife packed out of their matrimonial home voluntarily on March 9, 2009 and he warned that she should never come back .
The mother of four denied all allegations against her .
Abosede, who lives at No 4, Abolore Jacus , Ota , Ogun State , told the court that she never committed adultery .
“ The man is a prophet and I usually go to his place . He stays in the area we relocated from. On that day, he sat on the chair while I sat on the floor, we faced each other watching television . He doesn ’ t know my husband and my husband does not know him , ” she said .
When the members of the court asked her what she went there for , she could not give any explanation.
She further said , “ I used to go to his place a month before for prayers , the door was not shut , it was open . He didn ’ t enter the room , he only stood by the door. ”
The 49- year -old factory worker also denied her husband warning her of waywardness.
“ He never warned me of adultery . Except when he went to church and I did not go with him go but , he will meet me at home. We attend C. A . C but the prophet is not a pastor in our church ” , she explained .
However, Abosede told the court that her husband sent her packing indirectly .
“ When we got home after the incident, we did not talk to each other. It was an elderly woman who stays in the same compound that told me he said I should pack out of his house, that he did not want me again , ” she said .
The court president asked if she still loved her husband but she responded , “ I do not love him anymore, the court should dissolve our marriage but he should contribute to the welfare of our children . ”
Abosede alleged her husband of not showing care to his children but he denied the allegation .
The court President Dr. S . O Whenu , adjourned the case till May 23, 2017 for judgement and advised that Samuel should show more care to his children . 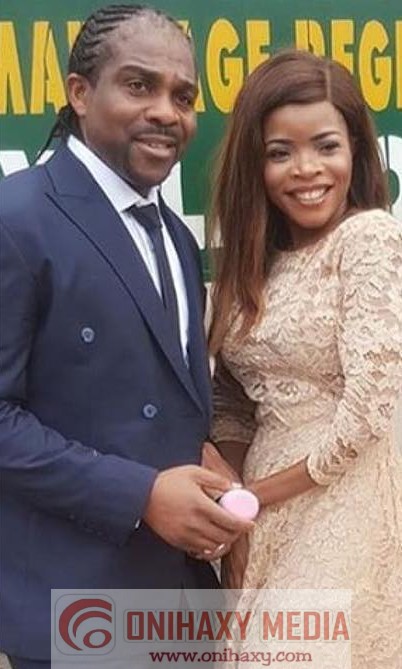