My encounter with a Waitress Uncategorized
January 21, 2017
Posted By: onihaxymedia 0 Comment
Spread the love, please share with friends after reading

Episode 10…
My ID card found inside chief room was brought out and the knife which has the thumb print of my fingers. I was totaly dump and feeling kinky. A convicted is not allow to talk in the court, otherwise I would have faulty the camera and how will a murder be stupid enough to drop any evidence after aassassination,The judges ask if there is any objection concern that convict.
Barrister collin step forwards which is my lawyer.
Barry Collin: objection my lord. This my client has been a noble citizen of nigeria. Not only through out his academy but also his contribution towards all and sundry in his place of work and other. He has been maintain statu quo of a good citizen. He is a gentleman to core and will never take impact in murder of any1. My lord, I want you to look at the situation whereby a murder whose hire to kill somebody would left his identity at the spot where the assassination takes place. The girl whose named ope, was asked my client to pass a night at the hotel because the time already gone. I can say that my client was at the scene at the wrong time. So to say, concern the evidence presented in this court of law, I can say how will my client knows where the cameras place inside all the nock and cranny of the room if not the people that have known the hotel very well.
***opposition lawyer stood up immediately***
Lawyer: objection my lord!
******judge back the hammer he held on the table****
Judge: objection suspended.
******barrister Collins continues*******
Barry collin: Though the camera shown my client enter an hotel with a lady, but, yet that lady is ope, the waitress in the hotel. I want to plead on behalf of my client that you should try to let us find the truth before any judgment could be carried out on this issue, because this case looks more like a set up. Thank you my lord.
****barrister Collins sit down*****
JUDGE: **sign** with the evidences presented into this court. This shows that Mr. Jerryto is a criminal, a murder, an offender and an assassin. If not, why will you always be at the scene of criminal charge if you are not taking part in such offensive act? Also, you have never occupied a room at hotel, why will a lady be asking you to pass a night at such hotel. Don’t you know that it is offensive for someone, for making use of somebody belonging… ‘such of income without pay for It, if you are not a thief’ ***this against the Nigeria law act; ‘103 page 29’ of Nigeria constitution. The girl that is working there, whose name is ope is no where to be found, that means you guys join hands together to kill chief kukoyi. And eventually run away with such large of money which is not belong to you. If not the nemesis that caught up to you, the murdered of chief kukoyi might have been in vain by now. Whatever your fate meet here will serve as a lesson to those people whose involving in one way or the other, concerning the criminal offensive which is not acceptable in a society.
.
Here is my JUDGEMENT.
.
You are hereby sentence to…
.
.
****I passed out, even without wait to ear the years of conviction***”

Watch out for next part 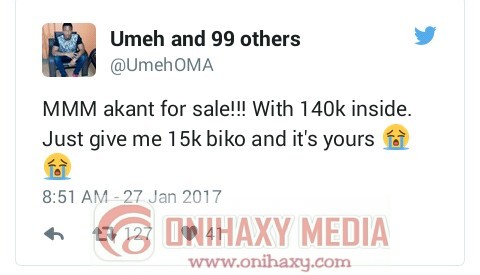