EPISODE 16
“Simple Maths, If you have N2OO and your girl has N50, she now has N25O” #Fact#
Flashback
We were in the staff room gisting and talking after some couple of lectures when Mr. Lanre, one of the staffs of the school was gisting us about things happening in the school and the caliber of student we have. He said most of them are cultist and they are very dangerous. He said Kabiru Ajanlekoko popularly known as K1 among his peeps is their gang leader. He said he has raped some of the girls in the school but no one dare report him to the school authority because even the principal is scared of him. He had showed the principal some stunts which the principal will never forget. Stunts like bursting the tires of the principal, stealing exam scripts and the peak of it was when technology was poured on his chair. Did you know what technology is? Yoruba call it “Werepe”. He was also known to toast any female corper brought to the school but if you know your way, you might escape his wrath. Ify once told me he toasted her and she had given him a dirty slap. According to Ify, she said he promised to show him and I guess he has truly shown her. Isn’t it? Initiating a robbery attack and in that case, raping Ify.
Back to the present
Oga corper, ki lon shele? Kabiru said. Did you know him? The DPO asked me. Yes, I know him. He is one of our student in my school. Take him away. The DPO ordered the sergent that brought him in. We will investigate this matter further and if possible, we will have to come to your school to see the principal. What about the others? I asked him? Unfortunately we met just 4 of them where they were captured. We will get back to you as soon as possible. Thank you very much gentlemen corp members for your assistance in the case. He shook our hands and we left. I became much closer to Ify so she could forget about the bad incident that happened. I also informed her that some of the robbers has been captured and surprisingly K1, was the leader of the robbers that attacked us. It was really a bad incident that I won’t forget in a hurry and I prayed something of such should not happen to me again. Life as a corp member in Ibadan!
TO BE CONTINUED… 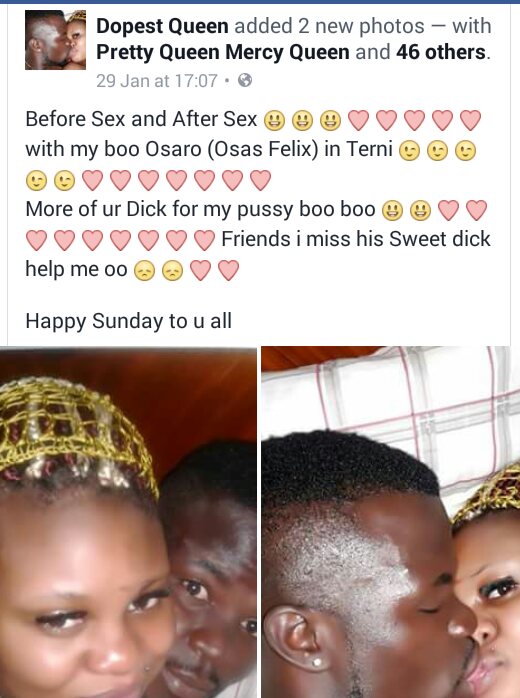 "END TIME" A Facebook girl named "dopest Queen" upload this "before & after sex" picture online and applaud her guy's dick. 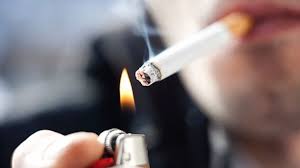 HEALTH: Dangers of smoking and how to stop it.