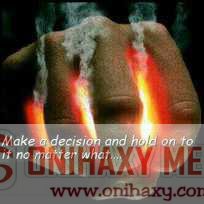 The Navy said the more than forty illegal refineries contain over one million metric tons of stolen crude being illegally refined at the creeks by crude oil thieves.

The Nigerian Navy commander, in Delta, Commodore Ibrahim Dewu, told journalists that the discovery was a consequence of a raid on major illegal refineries in the creeks on Thursday.

Illegal refineries in the Niger Delta

Dewu said: “What we saw today is really far beyond comprehension because for just one camp we have discovered over 40 illegal refineries.

“The quantity of the product in the tanks and the one flowing on the ground is really much; we discovered over 200 tanks, carrying over 10,000 liters each, which were boiling, meaning the refineries were fully operating by the time we got there.”

Daily Post reports that three suspects were arrested during the raid of the illegal refineries.

He said the Nigerian Navy Ship was engaging oil thieves and operators of illegal refineries so as to end their illicit activities and ensure that the lives and environment of the people in the Niger Delta communities were safe.

He warned operators of illegal refineries to stop the trade, noting that they have a mandate and they must execute it to the letter.

“I’m sending a message to the communities that we are equal to our task. The CNS has given us a mandate, which we must keep; we are going to continue to sustain these operations so that we’ll be able to stop all these illegal activities within the creeks.

“This will make the people in the communities live a normal life because as it is now, there’s no aquatic life because the environment is polluted by these illegal activities,” he said.

My NYSC experience and 21 days in camp diary episode 43