She is a ghost
January 30, 2018
Posted By: onihaxymedia 0 Comment
Spread the love, please share with friends after reading

SHE’S A GHOST Episode 32
He looks so much interested in what I want to say to him. “What’s that? Do still have any secret we don’t know about?”he asked looking at me. “Yes I do. And the secret is..”I stopped on seeing the reaction on his face. “Continue”he said looking at me. “The truth is, Stella is not dead yet but In coma”I finally said. His eyes went wild on hearing that. He has this confusing look on his face. He was silent for a while staring at me.
:
John’s POV
When she said that, my heart beats so hard and I found it hard to believe. Stella was also surprised to hear that. She was also staring at Cassandra but can’t ask her anything about it because she can’t see or hear her. So, she faced me directly. “What’s the meaning of what she’s saying? Could that be truth? Am I not dead? Then why am I invisible to humans? What does she really mean?”she asked me questions continuously but I could not find any answer to that because I was more confused.
“How? I mean have you seen her? Where’s she?”I asked looking at her. “My Foster parents home. They took her in the day of the accident because luckily for her, their daughter who happened to be one of her fan, found her and took her home that day. Since then, Stella had been in coma up till now am talking to you guys. She still have a chance to live, if the treatment make a quick recovery on her.”she said staring at me. “Really? I could still live as a human? Could this be real?”Stella said sounding unbelievable. I looked at her and smiled. “That’s a good news. That means you still have hope of returning being a human one day”I said looking at her.
:
Cassandra took us to where Stella was. When we got to their house, I greeted the woman and a girl. I guess she was the one who saved Stella. Cassandra called the woman privately to talk to her. After few minutes, they’re back to the living room. “Am so happy for this. We have been taking care of this girl for the past three years. Even though my husband doesn’t know her parents, he continue putting all his effort to her recovery. I also support her treatment due to my daughter’s love for her. Since she was stabbed the day she was brought her, i thing someone tried to kill her. Good thing she was found on time or else she would have died.”the woman said facing me. I looked at Stella beside me and nodded my head to her saying it’s OK. She felt bad remembering the whole incident again.
I was taken to the room she was put in. I moved closer to bed and looked at her closely. Her face looks the same. It never change. Stella also moved closer but was a bit far from where I was standing. The looks on her face tells that she’s hurt. She feel sad looking at her body. “Lets go back”I said to stop her from looking.
:
After john went to the room to check on her, I sat down in the couch with mum the living room.
:
Jenny’s POV
Stephen got into the room Stella was kept without anyone’s knowledge. He moved closer to her bed and removed a sharp knife from his coat. He raised it up to stab stella but Cassandra stopped her. She got into a real fight with Stephen stopping him from using the object on her. Stephen turned into a scary beast and overpowered Cassandra. He used the object on Cassandra instead. While Cassandra was battling with the spot she was stabbed, she still tried her best to stop Stephen. She brought out a black sachet from pocket and opened it with her teeth. She blew it on Stephen but it doesn’t work on him. Rather it makes him more powerful. The black powder stained her hand already. It mixed with the blood on her hands. While Stephen tried to attack her again, she pushed him away with her bloody hand. Stephen staggered back and the spot Sandra touched started burning. She looked at her hand In surprise and approached him. When she got to him, she touched his body with both hands and Stephen started burning. She did it continuously hitting him angrily with her hand. Stephen became more powerless. Finally, a black evil spirit came out of him and turns into arches before it disappeared into the thin air. After that, Cassandra fell to the ground and died while Stephen also fell to the ground and died also.
I opened my eyes sweating and breathing heavily. It was all a dream?
:
TBC…. 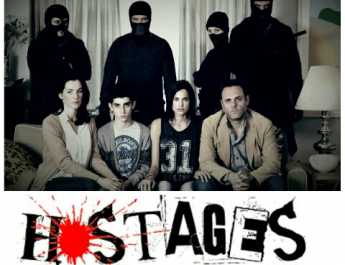 She is a ghost episode 20

She is a ghost episode 17