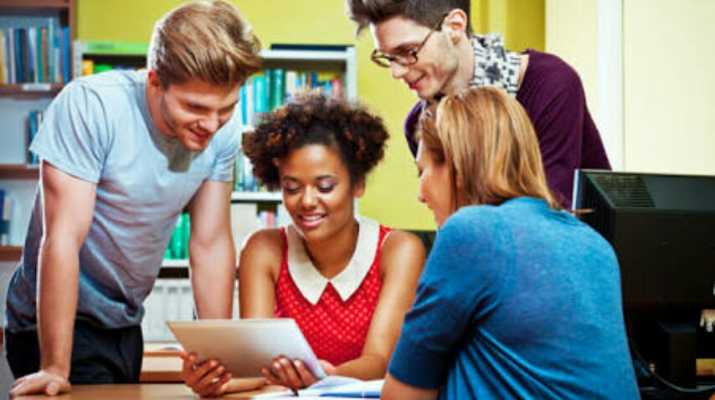 EPISODE 4
The next day, we left the beautiful city of Ibadan. It was just like a mass transit because every one of us in the bus were students. Other team members who also chose the Olumo rock was also in the 14 seater bus with us. In two hours, we were already in the beautiful city of Abeokuta and I was really elated to see lots of ancient houses in the city.
We really had a smooth trip from Ibadan down to Ikija, Abeokuta. When we finally alighted in front of the tourist centre, I was amazed to see the gigantic rock stratified over each other. God, you are great. I sighed and reached for the gate to pay a toll fee of N700 with my ATM card in their POS machine and we were allowed in afterwards by the tourist guards.
Immediately we got in, some guys whom I got to discover were citizens of Ikija flocked around us, each person beckoning us to follow him so he could be our guide going up to the rock.
Omo, see this place o. Johnson exclaimed.
Guys, are we going to climb this rock to its peak or we would stick around here to get the information we need for the assignment? Bidemi asked
You be mumu! How we no go climb the rock? Naso we go just pay N700 like that? Tope queried.
I just left them to continue the flimsy argument among one another while I walked over to one of the tourist officials to discuss with him. Afterwards, he agreed to lead our team up the rock in order to ensure the efficient exploration and delivery of our main course in the area.
The tourist official named Lasisi, a citizen of Ikija reached with my team for a cascade of 120 steps high that took us 25 minutes to reach the summit. It was 137 metres above sea level!
Abeg, I no dey go again. Johnson revolted seating on the bare floor.
Everybody busted into laughter.
Wetin? You no dey go where again? Tope asked
I no dey go with una again. Johnson insisted this time
Ai ti de ibiti an lo gan gan (We have not gotten to the exact place we are going) Lasisi, our team tourist guide said
Ani mi o lo mo se (I insist that I am not going again) Johnson my Kogi friend replied in Yoruba language
We watched the drama between them for some minutes before I beckoned on the guy to continue taking us round leaving Johnson behind.
Na so una go leave me abi? Johnson wailed
You are playing with your C.A Johnson. I yelled back at him and the rest of the guys busted into another round of laughter.
Lasisi took us through the Lisabi garden telling us the significance of all the trees there and its uses. He showed us the abode of the hunter who discovered the rock. Funnily, he said the Egbas built the first 3 bedroom flat in the history of Yorubaland. We all laughed at his style of Comedy.
Afterwards, we passed through a small door then we met a group of old woman dressed in an orthodox way. We greeted them all then Lasisi introduced us to 133year old Iya Orisa (The mother god) Lasisi said she was the only living being left who witnessed the Lisabi war.
As the team leader, I walked closer to Iya Orisa with no iota of fear, knelled down before her and gave her N500. She prayed for me and beckoned me to sit down. The rest of the team moved closer to me and also hand some money to her. We all sat round her and I said.
Iya, awa lati ilu Ibadan lati wa mo ipinlese apata olumo (Mother, we came way from Ibadan to research into the history of the Olumo rock)
Omo mi (My son) Iya Orisa begun
Se e fe mo? (Do you really want to know?)
Ati emi ati awon akeegbe mi, a femo (My colleagues and I want to know)
E tele mi (You can all follow me)
She stood up and walked inside her small room while the rest of us all bent down to enter in because it was like a cave. Her room was austere except for the mats, pots and clothes in it.
She beckoned us to sit on the mat in a circle. Afterwards, she sat in the middle of us.
Se e tise tan (Are you all ready?) She said
Ati se tan (We are ready) we all chorused in Unison
E di oju yin ki e se di mi lowo mu (You all should close your eyes and hold my hands)
I couldn’t speak for others of my teammates but immediately I closed my eyes and touched her, I felt transcended and inwardly drifted into literarily a very big black hole…