THE PAINFUL PLEASURE (TPP) 28
I followed her to see where she was going. She went straight to the payment section. She asked the woman a question, the woman nodded her head to say ‘yes’, then Moji brought out her ATM, while the woman brought out POS. The woman then gave her a receipt. It was then I understood the whole thing. Moji just paid my mother’s hospital bills. Moji discovered that I had been watching. So she came straight to me and stretched the receipt to me. “Please, show the doctor”. She said. I took the receipt, on it stuffs like “Mrs Omisakin, 30,000 Naira only etc.” were written. I was so surprised, I didn’t know what I could say. I’m so indebted to Moji. But the question is: How come Moji has such amount in her account? I wanted to ask, but I didn’t. Her parents are rich.
We waited at reception, and about two hours later, a nurse came that my mum wanted to see me. I was so excited, Moji and i rushed into the ward that she was. I saw her lying on the bed. Her eyes were opened. “Maa mi, you really scared me. I am so glad you regained consciousness.” I said to her. She replied me, and her voice was somehow faint. ” Ma binu oko mi, I didn’t mean to scare you. I was just in my shop, trying to park. That’s all I could remember.” She said. She noticed Moji who had been silent all the while, looking at d mother-son movie. “Who is this? She asked. “Mummy, this is Moji, my course mate in school. Thank God she came with me. You had blood transfusion, it was her that donated blood, otherwise the worst might have happened. And number 2, she paid all your bills. That’s about 30,000.” I explained to my mum. “Ah, thank you my daughter, I’m so greatful. Thanks for saving my life. E se eku inawo o.” She thanked Moji. “Don’t thank me ma, I just did what I had to do ma. Thank God you’re fine now ma”. Moji said. “I’m very fine now, in fact I’m going home now.” My mother said. “No o, you are not going anywhere, doctor said you will have bed rest for two days.” I said to her.
My mother had a long conversation with Moji, and it was really funny. She asked questions about her parents and the job they are doing. I knew she was saying all that because she was surprised how an undergraduate can settle 30,000 Naira bill.
Her dad was the chief auditor in a big company that had their headquarters in Ibadan. Moji is the only child of both parents. They always give her whatever she asks for. Her monthly allowance was almost 40,000 Naira. She was able to pay the bill, because she saves money a lot and she isn’t extravagant or showy. Moji is from a very rich family, but you can’t know unless you are really close to her. She just told my mum her dads job. Since my mum didn’t ask for other details, she didn’t go into facts about her allowance.
I advised Moji to go back to ife the following day. That day was Friday, and the following day would be Saturday. Moji told me that since its a Saturday (the next day) that she would just go on Sunday, then continue lectures on Monday. We agreed, since her view was only logical.
Moji and I slept, at the hospital that night. I would have taken her home, but I’m so shy of our house which wasn’t really attractive. She really went through a lot, because the mosquito’s there were so strong.
It was Saturday morning. It was Mayowa’s call that woke me. I had totally forgotten that I didn’t say bye bye to them before traveling to Ibadan. I was really disorganised that day and I left so early. No one could have seen me when I left. I felt so bad about what I did to my roommates. I picked the call. . .
Mayowa: Guy, where have you been since the day before yesterday? I’ve been trying your number and it wasn’t reachable. You got us so worried.
Me: Mayowa I’m really sorry, my mum was seriously ill. Moji and I had to rush to Ibadan as early as 5am yesterday.
Mayowa: (He was surprised when he heard that Moji went to Ibadan with me.) Moji? Anyway how is your mum’s health now? Me: She has gotten better. Thank you. Please Mayowa, I need to go now. I’ll call you later in the day.
Mayowa: Alright guy. Take care of yourself, your mum and Moji o (laughing)
Dapo: Alright bye.
The Saturday morning, Moji had been bitten by mosquito’s, so I decided to take her to my house at night. So that she can sleep comfortably to an extent. We went to my mum’s ward. We played with her till around 4pm. Moji and I went to buy her food. (Don’t bother to ask who paid). And she ate then around 8pm, I told Moji we were going to sleep at home then she agreed. We said bye to my mum, and we went straight to my house.
What happened overnight? Find out in Episode 29 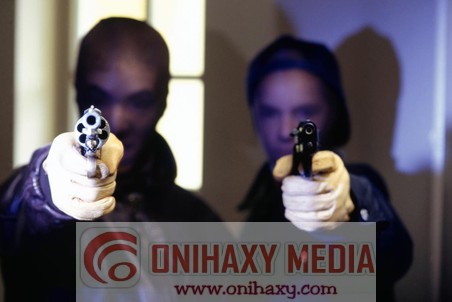 My NYSC experience and 21 days in camp diary episode 63