Episode 23
:
:
Linda noticed Tochi’s mood again to be dull and unprotected as they stood on the assembly ground, but she couldn’t ask her what the problem was because it would have caused noise making. Even wisdom looked dull in the sight of Esther and Chester and refused to show himself on the assembly ground as usual. Just before the assembly ended, the principal called him from his office and gave him instructions. After the national anthem everybody expected to see the principal or Mr Anuma but none were present thereby causing a rising noise. Just before their very eyes Wisdom came out standing before 500 students without smiling.
“Silent everybody!” he shouted and all attention was given to him. Tochi’s heart began to beat faster again, Esther and Jennifer even all the students admired him.
“But he doesn’t look happy, why?” Esther thought.
“Good morning my fellow students”
“Good morning, senior!” they chorused and everywhere became quiet.
“According to the principal” Wisdom began. “All SS3 students should get ready for their final year examination, WAEC because it’s fast approaching than expected. Secondly, the quiz between SS2 and SS3 will now take place in the next two weeks instead of four. So get prepared.. Thank you” he gently stepped down and walked out without any signal for Esther to dismissed the assembly as usual which got her more worried. So she quietly stood up and dismissed them.
*
Tochi rested her head on her locker and Linda noticed it to be unlike her, then she adjusted her seat and tapped her.
“You look so worried, what is it?”
“I’m okay” Tochi replied sadly.
“No, you aren’t. You can talk to me”
Tochi looked up. Her face was sparkling with make-ups-powder and wetlips. “Linda I’m scared” she said.
“Of what?!”
“Of Jennifer! She saw me with Wisdom this morning and hissed. And i also saw her looking at me in a dangerous way this mornin”
“I told you oh. Are you dating Wisdom?” Linda asked but Tochi kept quiet staring at her and feeling her heartbeat.
“Do you love him?” Linda was still inquisitive, then Tochi gently nodded her head.
“Yes, i love him” she said with a low voice.
“Oh my God!” Linda exclaimed. “You better git rid of that feelings oh! For crying out loud, how do you intend to face all these girls flocking around him?!”
“That’s why I’m scared! Even Esther my friend will be against me. I don’t know what to do!” her eyes became wet with tears.
“But has Wisdom made a relationship proposal to you?” Linda asked.
“No, but i believe he will any moment from now”
“You better reject him if he does”
“Ehn?!”
“You heard me right. Unless you want to die”
Tochi kept quiet and went into a deep thought.
*
Wisdom had been noticing Jennifer’s character towards him to be mercurial and angry. She hissed occasionally whenever she passed his locker and had not talked to him or even greeted him until break period when the principal sent him to an erran outside the school compound.
On the other hand, Tochi had refused to go outside but she finally did when Esther summoned her. They were at their usual position sitting as best friends, then Esther noticed her sad mood and quietness.
“Is they anything bothering you?” she asked.
“No oh” Tochi gave a weak smile.
“You are acting wired just like Wisdom. What is happening?”
“Nothing, I’m okay” she smiled again.
“So tell me” Esther adjusted her seat. “Were you able to convince Wisdom?”
“Do you want the truth?” Tochi asked.
“Yes, I’m curious”
“Wisdom only like you as a friend but doesn’t love you” Esther frowned her face. “He said that his heart beat for only one woman”
“Who is this woman because i know it can’t be Jennifer”
“I don’t know” Tochi replied and faced her book. “He didn’t tell me” she added and Esther felt like crying.
At that moment Jennifer and Calista appeared with other group of strong-headed female students. Then Tochi’s heart skipped when she saw them.
“Good day seniors” she greeted.
“Jennifer, what’s the problem?” Esther asked.
“Hey! Just hold it there!” Jennifer demonstrated with her hand angrily. “I didn’t come here for you. I came because of this idiot called Tochi who has crossed her boundary”
“Senior, what have i done” Tochi asked with a shaking voice. Before she knew it Jennifer gave her a sound slap.
“How dare you ask me such stupid question!” she exclaimed, then Esther stood up angrily.
“You dare not touch her again unless you want to fight me!” she said.
“Then asked her what she was doing with my Wisdom at Mr Anuma’s office on Friday after school hour!”
Hearing that, Esther looked at Tochi surprisingly.
“We didn’t do anything oh” Tochi replied.
“Shut up, you lair!” Jennifer shouted. “If i ever see you with Wisdom again, you are dead!”
Esther became speechless staring at Tochi. 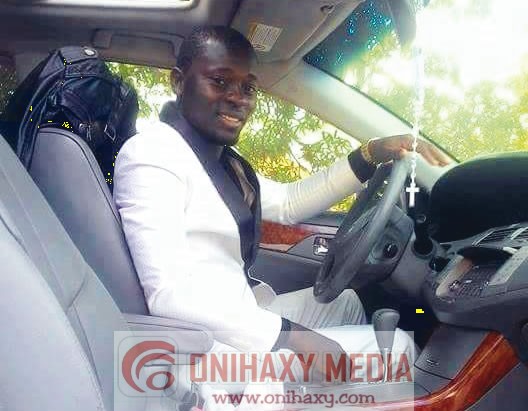