Episode 39
:
“I don’t know what her problem is” Chester replied Melody and sat down looking disappointed. He placed his hands on the locker which demarcation both of them and stared at the door.
“She behaves as if she’s shy of something” Melody said.
“Shy?”
“Yes, that’s how girls behave when they are shy”
Chester thought for a while remembering the kiss they had the previous day, so he smiled.
“Why are you smiling?”
“Nothing” he stood up and walked to his seat. Just then Esther walked in briskly without looking at him. She sat down looking unstable at the sight of Melody.
“What’s wrong with you?” Melody asked her.
“I’m okay”
“No, you are shy of something. Talk to me or am i not your friend?”
Esther became stable and stared at her because she really got her.
“Can i trust you?” she asked.
“Of course you can” Melody replied curiously…
*
Linda could see Tochi smiling uncontrollably at her locker and sometimes opened the pages of her English textbook.
“Is there something you are not telling me?” Linda drew closer.
“Something like what?” Tochi looked at her.
“Something like Wisdom doing a great job and you smiling for no reason”
“First, Wisdom is preparing me for the quiz as instructed by Mr Anuma that’s why he asked if Wisdom was doing a great job. Secondly, I’m not smiling for no reason”
“Wow! Then what is the cause of this sparkling smiles?”
“He is the cause”
“You mean Wisdom?”
“Yes”
“How?”
“We are finally dating” she brought down her voice.
“Really? No wonder!”
“And we…” she paused.
“And what?” Linda was curious…
*
Melody stared at Esther to tell her the reasons of her shyness while Esther stared at Chester who sat alone on his seat spacing out.
“Chester actually kissed me and proposed to me yeterday” Esther said with a very low voice.
“Wow!” Melody exclaimed looking happy but jealous inside. “And what did you say?”
“I said nothing”
“How can you nothing?!”
“I was so shy, i wasn’t expecting that from him. It just came unexpectedly!”
“So are you ignoring him because of that?”
“I can’t behold his presence anymore”
“But do you love him?”
Esther remained quiet but gradually nodded her head positively. “I think so” she replied.
“You are lucky” Melody gave a weak smile.
*
Linda stared at Tochi’s lips as she replied and said, “We had our first kiss”
“You don’t mean it!”
“Ssshh.. why are you shouting?”
“Hmm, girl you don enter oh. I’m happy for you shia”
Suddenly Mr Anuma entered without a book. All the class greeted and became quiet. He wrote on the board, Biology and turned.
“The bacteria which cause dead organisms to decay or decompose are called what?” he asked.
All the class became extra quiet making use of their brains.
“They are called parasite, sir!” a male student replied standing up.
“No, you are wrong” Mr Anuma said. “Desmond, tell us” he ordered.
Tochi gradually stood up smiling. “Sir” she began. “The bacteria are called saprophytes. They don’t only make organisms to decay but also feed on them”
“A round of applause for her!” the students began to clap.
“Oh Lala!” Mr Anuma exclaimed. “Desmond, you are really trying”
“Thank you sir” she replied with all gratitude.
*
#SCHOOL_OVER
Students began to go home nd Mr Anuma monitored each of them from his car as he drove off. He met Wisdom on d way then whined down his glass.
“Caleb” he called. “I can see your handwork. Keep it up!”
“Sir, i don’t understand” Wisdom replied.
“Your lesson student will explain”
“Okay sir” Wisdom understood and smiled. Just then, Tochi arrived looking happy and beautiful.
“Good afternoon, Wisdom?” she greeted.
“Afternoon, Mr Anuma just…”
“I heard him” Tochi interrupted.
“Really?”
“Yes, will you come today?”
“Yeah, and it will be the last day of the lesson”
“Okay, i will be waiting” they smiled and departed.
*
Chester walked out from the classroom at the very sight of Esther who thought he would come to her at least to say good bye. He walked quietly and met Calista going home.
“Hi, Chester” Calista came around and Esther monitored.
“Hey, going home right?”
“Yes, do you want to follow me?”
“No, he won’t” Melody appeared and placed her hand on Calista’s should to her surprise. “I want to follow you home” she added.
“Hmm, abeg free my shoulder oh before they call me lesbian again” Calista said and they laughed.
“Bye, Chester” she added and departed with Melody.
“Okay, bye” Chester responded.
Esther walked down the stairs moving slowly towards the road to her house-shortcut. Chester turned and saw her walking alone. He wanted to call her but hesitated thinking that she will probably begin to run if he tries to talk to her, so he turned and headed to another road. At that time, Esther gradually turned and glanced at him feeling disappointed. “It will take me two days to see him again” she thought.
*
“I’m happy you’ve come to be my friend again” Calista told Melody as the were going home.
“Is nothing, just that Jennifer misled you” she replied and Calista became quiet.. 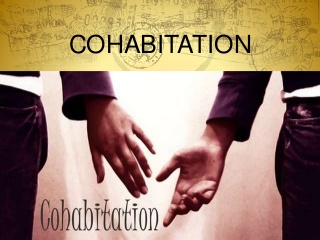 Oluchi, the travails of terror episode 4