EPISODE 24.
I was in my room upstairs when I got a text on my phone. It was form a friend who was into examination “runs”, He sent type F answers of the ongoing jamb to me and I forward it instantly to
janet..
“Flashback”. Friday evening while I was chatting with janet, we had already discussed about it. I told her to place her phone on silence and shade the “exam type” that I will send to her. I lied to her that it cost me 10k to get the answers. She was so happy that I could go extra length for her, she promised to compensate me when she returned on sunday morning. Sikirat on the other side told me how she missed me when I called her to teach me porridge cooking, she told me how her accent changed at home in ilorin, how she was speaking english and helping the kids to solve mathematics, she told me how she was envied by her friends and neighbours in ilorin. She promised to return on tuesday.
At 11:20, madam called my name from downstairs to come down and eat my breakfast, I came out and went to the dinning. She had prepared rice and stew with stock fish and beef, I was putting on a “straight face” while I sat down to eat. Madam served the food and came to sit beside me. She patted my laps and ask if anything is wrong, I replied “nothing ma”. After the meal, I
packed the plates, took them to the kitchen and washed. I arranged all the plates into the shelf. I took a mob, mobbed the kitchen and the tiles in the living room while madam was
standing upstairs watching. I dusted all the chairs and electronics, arranged all the room and went out of the compound.
I trimmed the flowers and swept the back of the house, I did all this with a frown on my face and never smiled. I returned inside,
walked across madam as I was sweating and returned to my room. I had a shower and slept off with my phone switched off. I woke up around 5pm. I switched on my phone and I got
whatsapp messages from janet telling me about her exams. And a text message from madam telling me “weldone, you are such a hardworking boy.”. I went down stairs to tutor gideon. I asked of mummy from gideon and I was told she went out. When I was through with him, I went to the kitchen, checked the food time table and it was spiced spagetti on the menu. I arranged the pot, called sikirat for guidelines, and prepared it at the best way I could. I ate mine and served gideon while I went straight to bed at 8pm. I was inside my room chatting with janet when madam entered the house. I could hear her voice and communications with gideon.
At 10:20pm that saturday night, my phone was ringing. I checked and it was madam, I placed it on silent and refused to pick. She called 5 times which I didn’t pick. Then a text message came in and I read. “You amazed me with the level of your
hardworking today, you tidy everywhere without any instructions
and supervision, you are such a good boy. Meanwhile, my laptop is hanging somehow, can you please come here and help me to look into it?”. I saw the text and laughed. I dropped the phone,
ignored the message and tried to sleep.
At few minutes pass 11pm, I heard a knock on my door, **wetin gideon dey find this time of the night?, abi madam sent him to me?**** I thought before asking “who is there?. Its me “mummy
janet”, Open the door. 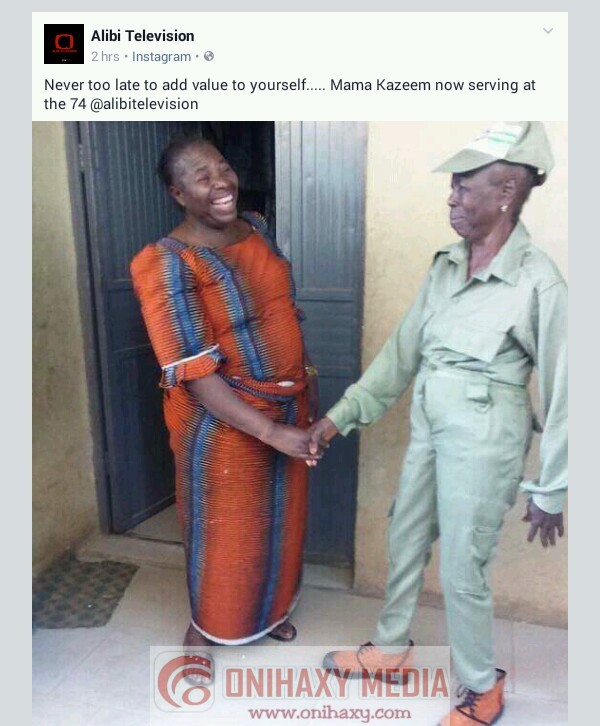