The person I am about to reveal to you is a fully grown notorious scammer, he has been in this online scamming business for over 3 years and research showed that he has gotten over 100 victims to his credit both locally and globally. Before I go into details, let me first reveal his personal informations. 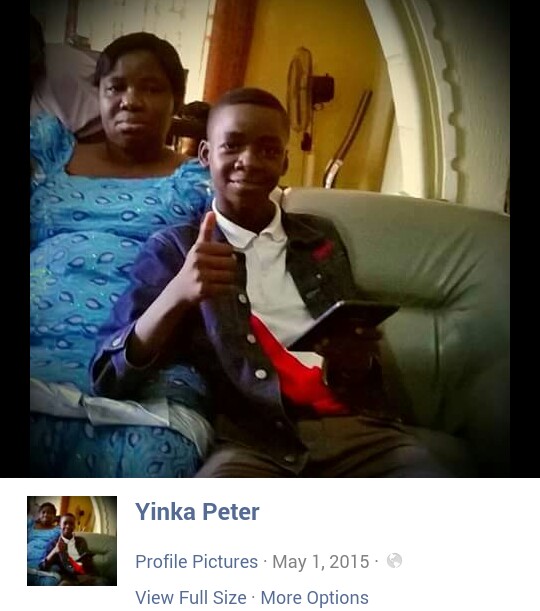 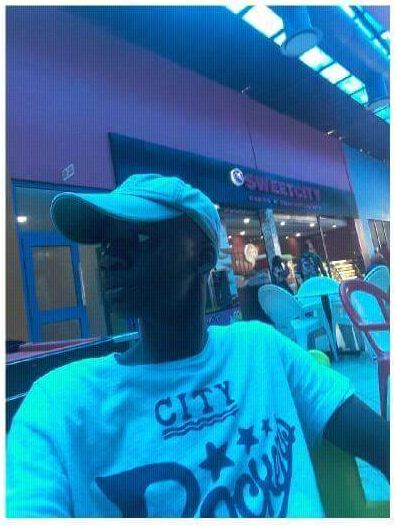 . 2074865363
EMAIL:
Now that I have introduced him to you, let me give you the details of his scamming business.
I am a web designer and web developer. I have been working on web projects for over 3 years and I have over 15 website projects designed for clients at a very reasonable price. In the course of my of job, some clients especially bloggers always want to monetize their websites with Adsense but always getting rejections each time they apply. Due to this, I alwas help them to source for Adesense from reliable Adsense brokers.
Sometimes in July, two of my clients needed Adsense and when I contact the guy I always buy from, he told me that he doesn’t have at that moment which made me to ceck on nairaland webmaster section and that was when and where I met this notorious scammer named “Adegboyega Olayinka Peter (Iamayp)”
One that fateful day, I contacted several people and he was the first to get back to me. See the screenshots of our discussions below.

introductory chat when we started 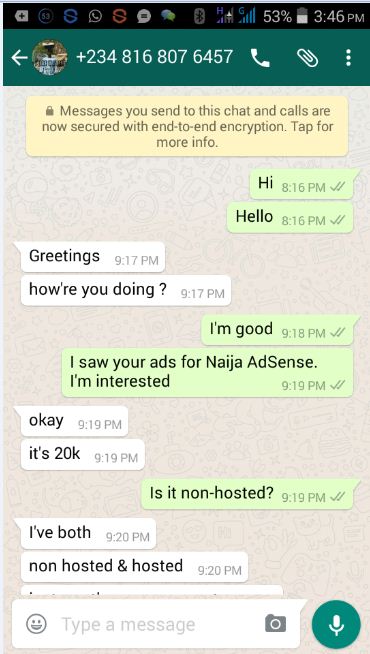 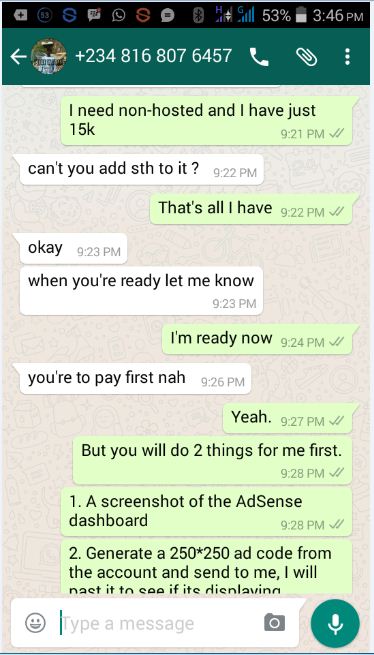 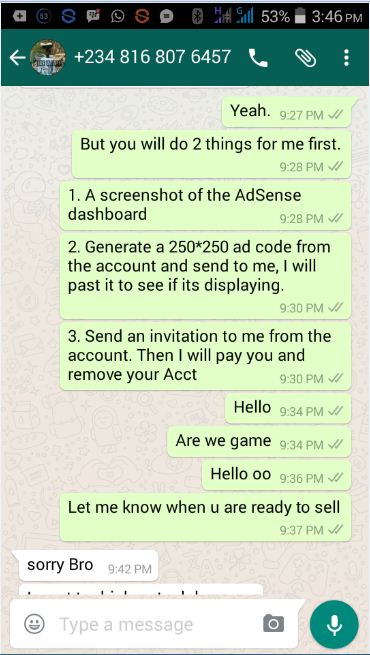 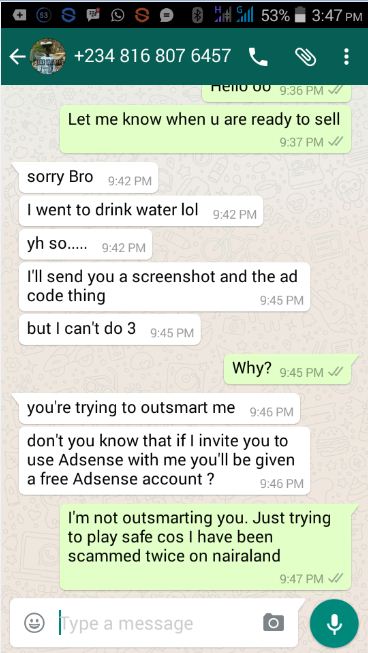 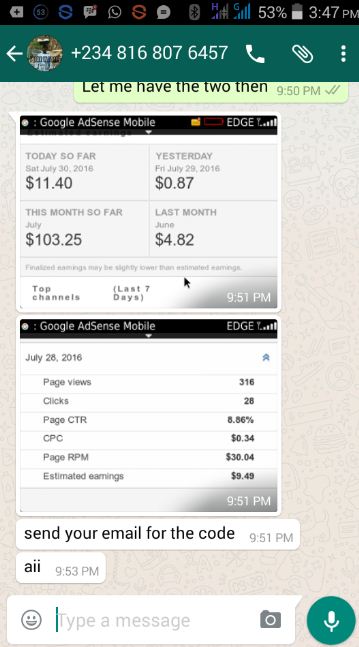 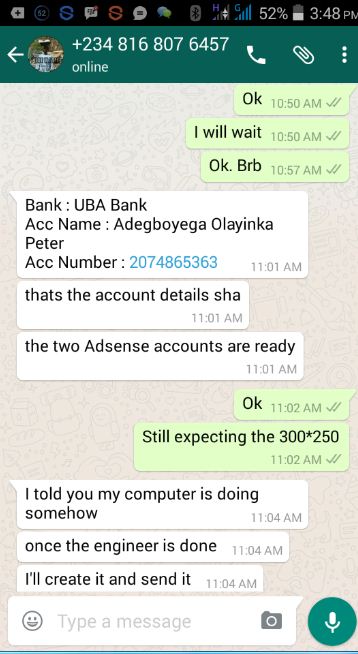 this is the point where i made payments 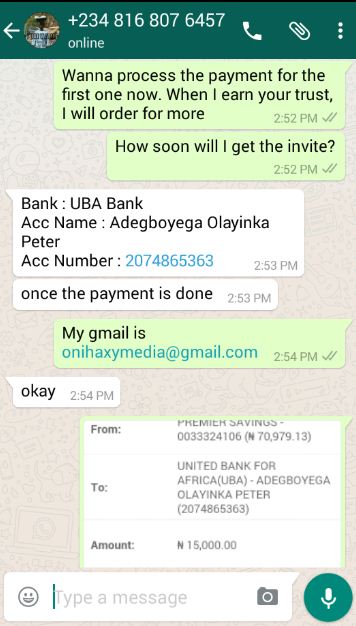 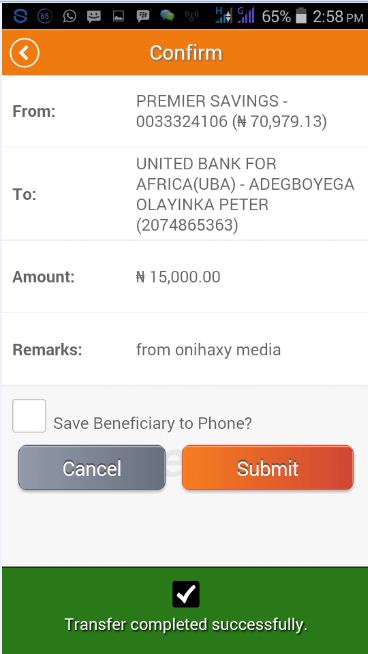 He confirmed the payment and lo and behold. he sent a HOSTED ACCOUNT  for me instead of NON-HOSTED as agreed earlier 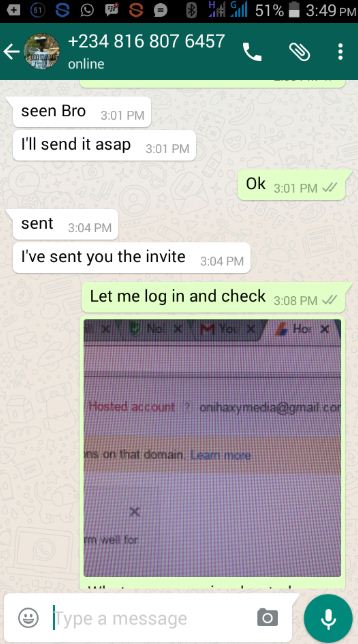 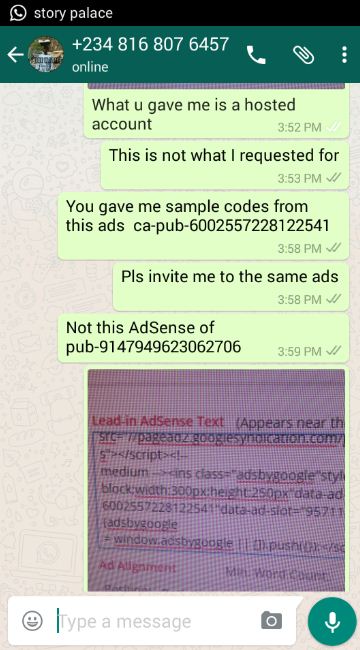 the notorious scammer told me to wait for some times which means that he did it intentionally. i foolishly waited not knowing that he was buying time to scam other innocent victims 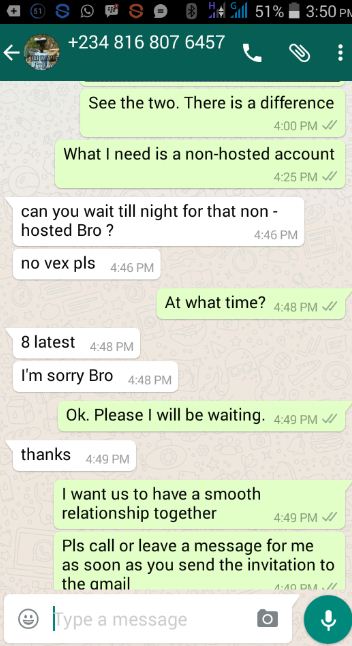 i later got the sad news, my money was gone and adsense was gone. 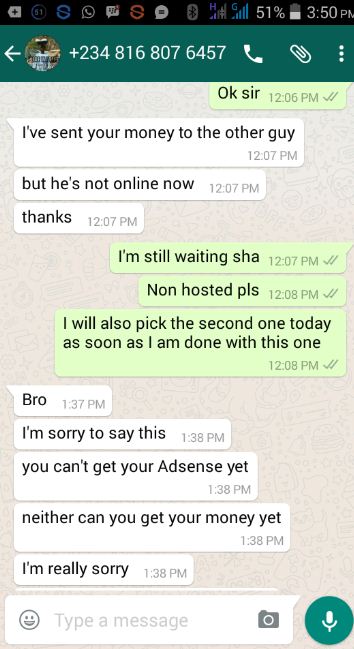 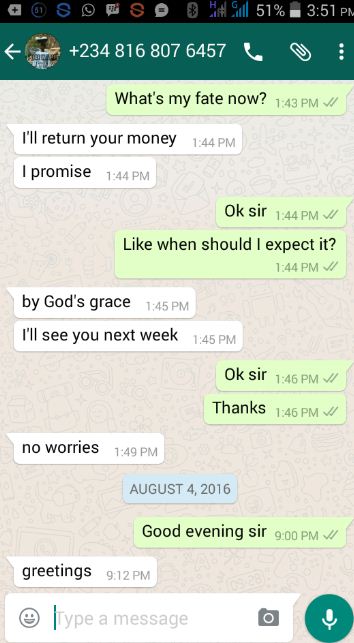 i had to start begging for a refund which never happened. 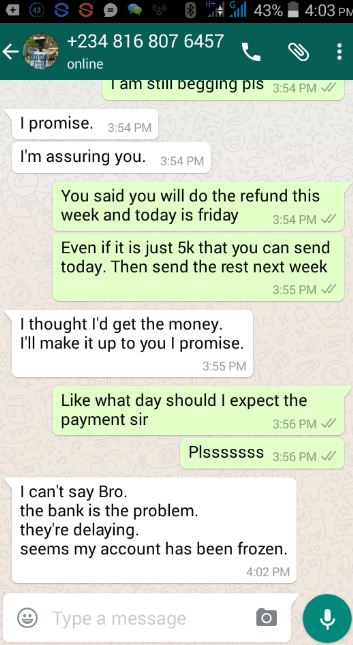 He later blocked my calls after 3 weeks of begging him for a refund. Whenever I call him with an anonymous line, he picks up and drops immediately on hearing my voice. The bitter part of it was that he went ahead to block calls from all the numbers I have used to call him. He stopped reading and replying my messages on whatsapp.

It was when its dawn on me that I have been scammed by a small boy, I took it as my job as a blogger to find out more about this guy. Which was the mistake I made earlier by failing to make research about him before going ahead to transact business with him. After further research, I discovered that this guy named “Adegboyega Olayinka Peter” AKA (iamayp) is a notorious scammer who also involves in the following bussiness.

1. ADSENSE SCAM: he pretends to be selling Adsense on forums and social media . he will urge you to make payments only for him to cut communications and elope with people’s money. I and several people are victims of this.

the day i comment about his fraudulent activities on nairaland. someoneles comment about him been a scammer. i was lucky to save the photos before his thread was deleted. see screenshots below. 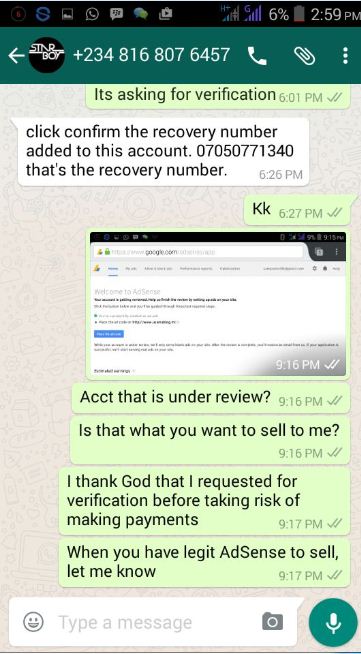 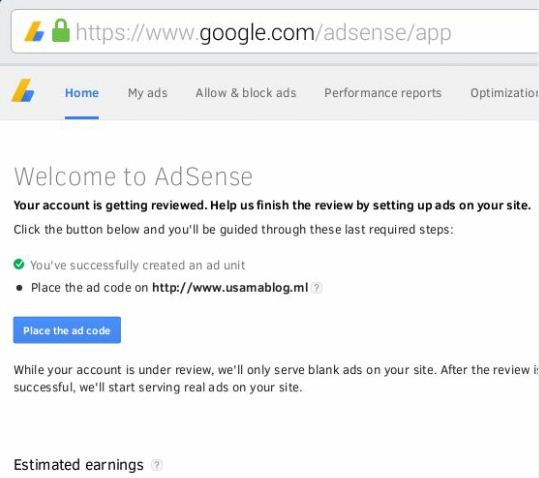 2. EXAM RUNS SCAM: you will be shocked to hear that this guy also scam people by pretending to refer unfortunate students to a man who will help to change their result, of which he will put his own number to decieve people. Victims would think they are contacting the helper he refered. But guess what? , he is also the “helper”. See screenshot below. 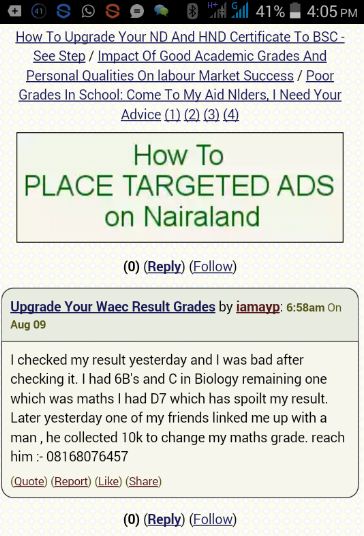 3. CUSTOM OFFICER SCAM: you will also be surprised at this, this guy also disguise as a custom officer by posting ridiculous prices of cars and products claimed to be available for Auction. Beware and disregard such messages. They are from this guy and his scam gang.
4. JOB SCAM: this scammer also engage in scamming desperate job seekers by demamnding for money ranging from 50k to 100k in order to help them in securing federal government job. He used to have a thread for this activities on nairaland before it was removed when his victims came to comment about his scam activities.
5. APPLICATION / ICT SCAM: this guy also created a thread on nairaland , lieing to people that he would develop and design android applications for them for 15k, he suceeded in duping three people 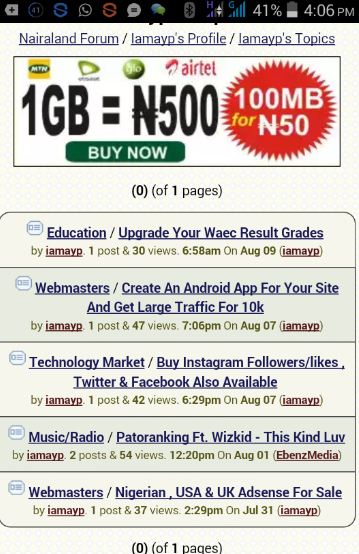 6. ADMISSION SCAM: aside running a scam to help people upgrade their result as shown earlier, this guy also disguise to help people runs admission into tertiary institutions. He also has a thread for this on nairaland forums before it was deleted after repeated complaint of scam.
7. VISA SCAM: like I said before, this guy is a multipurpose scammer. He also disguise as visa agent. His major target are UK and Malaysian Visas. He suceeded in duping someone on nairaland before his post was deleted.
8. SALES SCAM: this guy also scam people in the name of selling websites. He once posted that he wanted to sell his shitty website for N90,000 on nairaland. He almost scammed a guy but luck ran out of him when he was bursted. The thread has also been deleted on nairaland because of fraud.

His scam activities are numerous and unpredictable due to his cool nature. I hereby Advise the general public, Prospective HRs and every other person who intends to do any business with Adegboyega Olayinka Peter to think twice before loosing your hard-earned money to this notorious scammer.
Anyone who needs further evidences against this scammer can contact me on 08069816682. Or email: onihaxy@yahoo.com , I am ready to provide all the screenshots and evidences of his scam activities in my possession.
Thanks for your time.