Drinosblog learnt that, The three victims have been admitted to the General Hospital, Apapa, for medical tests. The Togolese’s container-apartment is on an abandoned plot of land. The victims pass through the place to go to school every morning. .

Mistura, who lives with her grandmother, had, while going to school on Thursday, gone into the container around 8am. A landlord, whose house is beside the abandoned land, said he had observed her loitering in front of the container.s aid Drinosblog whilesblowers.

He said, “He has been taking advantage of the girls since he got there about a year ago and I think no one suspected anything. But this morning, around 8am, I was in my house when I saw this girl, who was supposed to be in school, loitering in front of the container. .

She was in her school uniform. Not up to three minutes, the Togolese asked the girl to go in, while pretending to be sweeping. Within a few minutes, he also went in and shut the door.”said Drinosblog whilesblowers.

The landlord said he rushed to Methodist Primary School to report the incident. The school’s head teacher sent a teacher with the landlord to the scene. Burno was caught in the act and was held by the teacher. .

Policemen from the Apapa Police Station, were alerted. The girl was taken to her school and some female teachers checked her private parts and found semen. During interrogation, Mistura confessed that it was not the first time that the security guard slept with her. .

She mentioned the names of her two friends whom Burno had been sexually assaulting as well. Yinka and Mary were invited for questioning, and they confessed that the suspect had been defiling them as well. .

“Yinka said the man had slept with her for more than 10 times. The other girl said he had slept with her twice. A classmate of Mistura and Yinka told police that the two girls always flaunted money in the classroom.Drinosblog Reports. 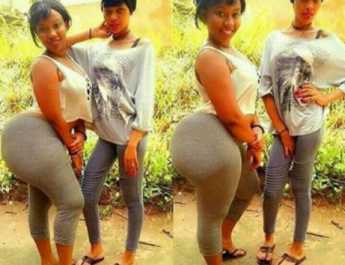 Photo of the day: caption this 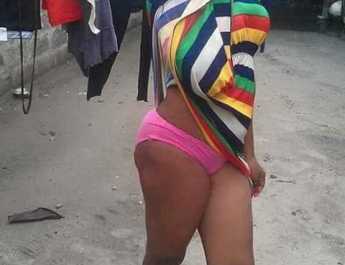 One word for this slay mama