A Federal High Court in Lagos on Tuesday adjourned till January 19, the trial of a 53-year-old -farmer, Yesiru Onajobi, facing charges of incest.

Onajobi is being prosecuted by the National Agency for the Prohibition of Traffic in Persons and other Related Matters.

The resident of Bogije Street, Ibeju-Lekki, Lagos, is standing trial on a two-count of unlawful carnal knowledge of his teenage daughter.

The case, which was billed for continuation of trial on Tuesday, was adjourned to Jan. 19 as the court did not sit.

The accused was re-arraigned on July 8, 2013, before Justice Chukwujekwu Aneke, following the transfer of the first trial judge, Justice Barbara Molokwu from the Lagos Division of the court.

He had pleaded not guilty to the charge, and Aneke remanded him at the Ikoyi Prisons pending determination of his bail application.

In the charge, the accused was alleged to have committed the offence in 2010.

The prosecution had told the court that after the death of his wife, the accused sexually assaulted his only daughter several times.

It stated that the accused intimidated and repeatedly had forceful carnal knowledge of his daughter, who eventually became pregnant for him.

According to the prosecution, the offences contravened the provisions of Sections 13 (1) and 18 (a) of the Trafficking in Persons (Prohibition) Law Enforcement Act, 2003. 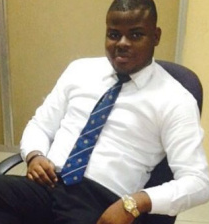