# ASC_EPISODE22
.
.
.
Alice woke up that morning feeling
weak probably because of the duel she
had with Gilbert the previous night.
Many things flooded her mind, Gilbert,
Tony, Benjamin and then her mother.
Her mother! She remembered her
mother’s warning. She felt foolish for
forgetting. She stood up immediately
and freshened up. Felix was still
sleeping, she didnt want to bother him,
and church? She didnt feel like going.
She knew her parents would have gone
to the church and she didnt want to
meet an empty house. She went to the
kitchen and made herself coffee. She
watched a movie as she waited
patiently for Felix to wake up. Her phone
rang and it was Amy asking how she
was. They chatted for a while and she
hung up. Her door bell rang almost
immediately. Her mind skipped a beat.
Who was that? Was it her mother? She
opened the door with uncertainty. She
saw his figure and she almost went
crazy. He smiled at her and entered the
house. She mustered all the courage she
could and pushed him. The first push
sent him closer to the door and the
other out of the house. She banged the
door angrily. She relaxed on the sofa
and her phone rang. She saw his name.
She still had his number? She thought.
She made up her mind to delete once
she answers the call. She picked it.
‘hello?’ she answered. She heard his
chuckle
‘you must be out of your mind Gilbert! I
dont want to ever see you in my house
again. I’m i clear?’ she said angrily and
hung up.
He called twice without her picking. She
felt angry. She was pissed. She felt like
dying, he was killing her. She missed
Benjamin the more. She tried to stop
herself from crying but she couldnt. She
ended up sharing a tear or two
*******
Kofo paced up and down in anger. Fred
glanced at her trying to read her mind.
‘whats going on with you Kofo? Since
morning, you’ve been behaving weird.
What about church?’ he asked.
Kofo shot him an angry look
‘where’s your daughter huh? That girl,
sometimes i cant help but wonder if at
all she came from my womb’ she said.
Fred drew back a little, disappointed in
Kofo.
‘lets give her a little more time Kofo, she
will come around’
‘a little more time? Will time wait for
her? Is six yrs not enough? What is
stopping her from moving on eh?’ she
was close to tears. Alice was breaking
her heart, making her guilty. She was
filled with guilt and regret.
‘calm down Kofo, time changes
yesterday, she will forget soon.’ she said
moving close to Kofo.
‘how i wish. I need to forgive myself’
she said tearfully. Fred consoled her.
*******
Tony dialled Stella’s number. He felt shy
and hesitant for a while but he decided
to take the bold step.
She picked
‘hello?’ she answered in the most sexy
voice he had ever heard.
‘uhm…. Hello. Its Tony’ he said nervous
‘Let me guess….. Tony Brown? The one i
met yesterday at Diamond castle?’ she
asked
Tony felt excitement surge through him.
‘yeah’
‘i’ve been expecting your call since
yesterday. Thought you would call’ she
said.
Tony bedged. He was happy. For the
first time in ten years, he felt a budge in
between his thighs.
To be continued 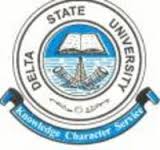