Hatched plot after wife, hubby concealed plight of damaged womb, impotence, from each other for years

For a Nasarawa State-based couple, it was like divine love made in heaven when they consummated their marriage 15 years ago. A few months into their sizzling affair, both agreed to abstain from sex until the completion of their traditional marriage rites, unknown to the wife, Theresa, that Awaji Chodi, her 43-year-old heartthrob who suggested the idea, was born impotent.

Husband born impotent, wife has no womb
Unfortunately, Theresa, aged 41, had also lost her womb while she was a student at the Government Secondary School, Nyayan, a suburb of Abuja, where she graduated in 1996. But it was a secret she closely guarded after doctors told her some years ago that her womb had been damaged by a quack she had contracted to procure an abortion.

For her, it was a painful discovery, which had earlier cost her marriage proposal from a man she identified as Mr. Solomon Aku, who divorced his wife after 10years of childless marriage. To avoid a repeat of his unpleasant experience, Aku had insisted she conceived before their marriage as a test of her fertility.

However, after several attempts and a search for solution, which yielded no result, the man walked out of the relationship and left her in the cold. It was during the search for a solution to her inability to conceive that Theresa discovered her womb was no longer in shape.

Though depressed but desperate to marry, she thanked her stars when her new found love, Chodi, who hails from Nigha district of Akwanga, Nasarawa State, suggested they abstain from sex till proper marriage was conducted, and kept him in the dark on her predicament.

Signs that she faced double jeopardy manifested a year after their marriage in March, 2002, when her husband consistently failed to perform his conjugal responsibility despite several efforts she made to lure him. Each time she made an attempt, he gave excuses, fuelling her suspicion that something was terribly amiss.

“Barely a year after our marriage, I had a strong feeling he was impotent because no able-bodied man would spend a year with a woman sleeping on same bed without having sex, more so, when the woman is your own wife. Several times, I attempted to lure him into sex by deploying my romantic skills while putting on sexy night gowns, but he was never moved.

Initially, I didn’t know he was avoiding sex because of his impotence. When we got married, he wasn’t doing his job at night; the situation was really bad and made me sad. Any time I approached him for sex, he gave one excuse or another and we never had sex. I was so depressed. Almost every night, I cried and cried because I didn’t know what to do.

Inside me, I also knew I don’t have a womb to conceive even if my husband had performed his duty as a man, but the truth is that I loved him so much and I didn’t want to commit adultery. It however got to a point in recent times when I couldn’t bear the urge for sex and had no choice than to succumb to advances by some guys to satisfy myself”, Theresa revealed in a chat with
Saturday Sun .

For 15 years of their marriage, the couple had no child though firmly guarded their individual plight. But she was fed up with persistent probes by friends, relations and neighbours at Utaba Alefi, a community in Karu Local Government Area of Nasarawa, where they resided. She battled to control a stream of tears whenever she came across couples savouring the joy of a new born baby, and the pain in her heart intensified daily. For her, the sad reality of her inability to bear a child in her lifetime refused to fade from her mental landscape.

That was the situation until January, this year, when Theresa, a native of Nyayan Gwamdara, also in Karu Local Government Area of Nasarawa State, decided to let the cat out of the bag so as to find a solution.

It was a moment of truth when she woke up in the early hours of a day in January, this year, and summoned the courage to confront her husband on the issue. “I told him I had discovered he was impotent, that there was no way he could have sex with me to bear children.

It was so glaring that he couldn’t deny it; he admitted the fact and told me he grew up to discover he was impotent”, she said. Then, it was time for her to throw her own bombshell. “I equally revealed to him what he didn’t know all these years of our marriage; that even if he had been able to have sex with me, I wouldn’t have conceived because my womb had been damaged long ago in the course of aborting an unwanted pregnancy”.

As a way forward, the couple resolved to apply to the social welfare department of the Ministry of Federal Capital Territory (MFCT), for adoption of a male child after waiting endlessly for divine intervention. While the process was ongoing, Theresa hatched a fresh plot after noticing a heavily pregnant mentally challenged woman in their neighbourhood.

The plot, which her husband readily acceded to, was to steal the baby when the mad woman popularly known as Hajia Adave, believed to be an Ebira from Kogi State, delivered her baby. They prepared to relocate to a distant community if the plot succeeded to create an impression that they had the baby biologically.

With a solution seemingly in sight, Theresa religiously monitored and made moves to be acquainted with the mad woman, who she offered food and other items at regular intervals. “I kept tab on her at an auto mechanic workshop where she stays in our neighbourhood, and provided her needs; we thought she would deliver in August, this year, but she didn’t until September 21.

When she started labour early in the morning, our plan was that if she didn’t deliver after eight hours, we would take her to a hospital, but she eventually delivered at about 6.pm”, she narrated. The couple wasted no time in moving the woman to a room in a completed but unoccupied building close to their rented apartment, and catered for her with an eye on the baby.

On October 2, 2017, Theresa told her husband it was time to strike, and plotted how to execute an escape strategy in connivance with Mary, her sister-in-law who was expected to visit them on the D-day. The plan was to snatch the baby and take cover at the residence of her mother-in-law at Akwanga, who is aware of her son’s impotence. Thereafter, they would find a home elsewhere when the dust settled.

Three days later, precisely at about 4.am on Thursday, October 5, she sneaked into the mad woman’s room, which was unlocked in company with her sister-in-law, while her husband waited in their get-away vehicle, a Volkswagen car which he uses for commercial purpose. Theresa took the baby while the mother was still asleep, as well as a mosquito net provided by a good Samaritan, and they zoomed off.

“I had already bought powdered baby food, a feeding bottle and prepared hot water to feed the baby if he started crying while on transit. My husband drove to his village at Akwanga and we told his people I was delivered of a baby boy through caesarian session, during which there were complications and doctors advised I should not breast-feed the baby for now.

To avoid suspicion, my husband returned to our home at Utaba Alefi same day, and continued his work as a cab driver. The next morning, the mad woman started crying persistently and residents who gathered around her were shocked to discover that her baby was missing, but none could fathom what had happened and the baby’s whereabouts”, Theresa further revealed.

Four days after, the couple packed their belongings without disclosing their actual destination to anyone, and relocated to a suburb in Keffi, on the road to Nasarawa town, where a federal polytechnic is situated. On October 11, they brought the baby from the husband’s village at Akwanga, about 50 kilometres away from Keffi, to settle at their new home. A few days later, Theresa took the baby in company with her husband to the Federal Medical Centre (FMC), Keffi, for medical attention, and that was when the bubble burst.

It was on Sunday, October 15. Austine Agbule, a former neighbour at Utaba Alefi community where the mad woman’s baby was missing, sighted the couple while trying to locate the infants ward at the hospital. He was on a visit to sympathize with a friend involved in an auto crash that was on admission.

Expectedly, Austine doubted the possibility of the couple having a baby without Theresa nursing a pregnancy, and swiftly dodged to create the impression he didn’t see them. The couple who thought they were lucky not to have been sighted by their former neighbour got the shock of their lives when he dealt a devastating blow on them.

Convinced that the couple stole the missing baby of the mad woman back home, he alerted members of a vigilante group before trailing them as they made their way out of the hospital to get drugs prescribed for the baby at a pharmacy close to a flyover bridge in Keffi. Oblivious that danger lurked ahead, the couple hurried home with the baby after purchasing the required drugs, but walked into an ambush of the vigilante men.

It was at this point our correspondent got to the scene where a large crowd had formed as the vigilante men interrogated them on the ownership of the child. They were later dragged to their new home where they confessed to stealing the three-week-old baby from a mad woman at Utaba Atefi, and pleaded for mercy.

They do not want to be taken to the police to face the wrath of the law, but the vigilante men insisted they had no choice. “It was cruel fate which made both of us to conceal the reality that led us to this mess; it was desperation to have a child that pushed us into this devilish act”, they pleaded.

As a team of the vigilante men drove out of the scene at about 4.pm in a bus alongside Austine, for further investigation at Ulaba Atefi, where the couple stole the child from the mentally challenged woman, our correspondent took the opportunity, to engage them in a chat, during which they told their heart-wrenching story.

Barely an hour later, the vigilante men returned with the biological mother of the child to the scene, but the woman could only manage to utter a few words and kept mute after being reunited with her baby. For Awaji, holder of a Diploma in Public Administration from the University of Abuja, it was a shameful act for which he would not want to face prosecution.

He wants the matter resolved behind closed doors. Our correspondent could, however, not ascertain if he eventually achieved his desire.

Kennedy Idrisu, a Deputy Superintendent of Police, DSP, and spokesman for the Nasarawa State police command, told Saturday Sun that the case had not been officially reported to the police as of when he was contacted. He, however, said he was aware of the incident.

Opinion: why you shouldn’t invest in a girlfriend 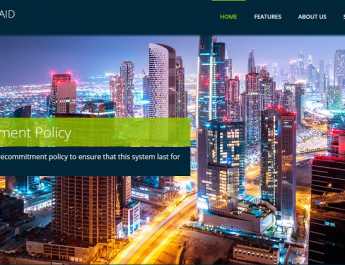 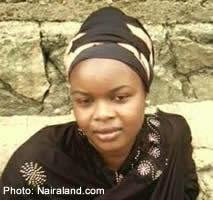