My virgin story
Episode 11
After riding me pleasurably for several
minutes, she released my kini from her
K—y for a while before resuming. Then I
remembered that Rachel was supposed to
be a virgin. That K—y was too smooth
and too wide to be Rachel’s in reality. A
sinking feeling overwhelmed me and I
longed to see her face.
“kiss me” I moaned to her.
Hesitantly, she moved to my face and
kissed me. Then I saw her eyes. What I
saw filled me with horror because it was
not my Rachel it was someone else.
“OMG!” I screamed.
It was Rachel’s mother. The mischievous
look of pleasure in her eyes sparked up a
mixture of horror and anger in me. I
sprang up from the bed instantly and
woke up from the dream.
I looked around me at the dark room,
how come I was having s-x with Rachel’s
mother in my dreams? I quickly switched
on the light. I felt my kini; it was ramrod
stiff. Then I heard footsteps approaching
the room. I had an inkling of danger
immediately. It seemed there was
something metaphysically wrong, as if
something fetish was going on. I fixed my
gaze on the door; fear of the unknown
gripped my heart. I saw the door open
and Bimpe stood there, looking at me like
a predator surveying her prey. She had a
blanket wrapped around her. She
removed the blanket and threw it on the
floor, leaving only her panties and bra
on. OMG I don die today oh! After
dreaming of having s-x with Rachel’s
mother, her sister walks in with the
wicked intention of raping me.
[]I sat up on the bed immediately, with
my back against the wall. I was scared,
confused and h—y at the same time. My
mind kept telling me to flee the danger
instantly but my body longed to stay
there and experience whatever was going
to happen. Then Bimpe quickly bent
down and picked her wrapper. The look
on her face changed from sensual to
serious. My eyes cleared immediately and
I realized she did not come with the
intention of having s-x with me, she
wanted to talk to me and her wrapper
had fallen by mistake. I heaved a sigh of
relief but felt disappointed underneath.
“Good morning, am sorry to disturb your
sleep. I just need someone to talk to.”
she said
I nodded “No problem” But I wondered
what was so serious that she would walk
into a man’s room at that time of the
night. She walked in and sat beside me
on the bed. Then she told me something
that surprised me. She said Rachel was
not really a virgin as she claims, that she
actually sleeps around and in fact she is
a nympho but she is just keeping me as
a future guy that she can marry. I didn’t
believe Bimpe, I accused her that she is
just been jealous. She said she she is
jealous but that she is telling the truth.
She said every Sunday she used to come
home when their parents were not around
with one guy from her school called
Johnson. I became alarmed and asked
her to describe the guy. The description
fit perfectly with my friend Johnson, my
roommate. An anger rose in me as I
thought about it. So the b—–d had
been banging my girlfriend while acting
like a good friend. But I still didn’t
believe Bimpe fully. There was only one
way to find out; ask from Johnson and
Rachel.
[]The following morning, Rachel hadn’t
woken up before I sneaked out of the
house. I went straight to Johnson’s
house in Ikeja and asked him about it.
He denied it initially but eventually
confessed that they started strafing when
she came to tell him that I was too slow
in banging her that I was dulling her
moves. I was so angry that I it him. We
had a fight that day that gave me a
bloodied nose. Rachel called later in the
evening and started crying, trying to
apologize. I cut the phone and deleted
her phone no. I felt so angry, and
betrayed. My Rachel whom I had thought
was the purest, most innocent girl in the
world was actually a biatch stabbing me
in the back. Throughout the week I was
miserable. I had to leave Lagos and
travel down to my family house in a
South-west city
One New Year’s Day I made a resolution
that I would not trust any girl anymore. I
would not even have a girlfriend. It’s all
over, there is no reason searching for
love, trying to stay innocent. What came
to my mind was to f—ck the next girl I
laid my hands on. I would seek pleasure
anywhere I found it and nobody would
stop me. But first I had to get rid of this
silly virginity.
The following evening I hit the streets. I
located the most popular brothel in town.
Today I was going to lose my innocence 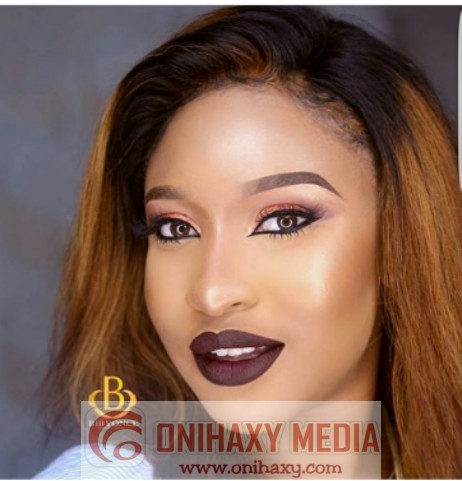