Episode 2
As the boring “sermon” was on going, some guys were chit-chatting with some ladies, I could also see some people already exchanging contacts. As all these were going on, my mind was just lost in several thoughts of what manner of organization I found myself in.
“But why will relationships be prohibited here?”
“But this place is not a bank where such laws should exist?”
“Does it mean that one won’t be able to have something with all these pretty girls?”
As I was thinking about it, I was staring at Adeola and she was also staring back at me which made both of us to smile occasionally at each other. Each gaze at her was sending me back to the memory lane of the past moment we spent together before meeting again at XYZ, some of our old romantic moments was flashing through my head like a picture and it got to a time that I was totally lost in thoughts and stopped concentrating on the “sermons” been given by the speakers that was addressing us.
“positioning ourselves to outshine our competitors!!!” was what I heard from the guy sitting beside me as he stood up to answer a question been asked by the presenter, that was when I jerked back to reality and realized that I have missed a lot in the orientation program to the extent that a question was been asked and I didn’t noticed.
I began to feel pressed and started having this urge to ease myself and urinate. I stood up from my seat and went to the side of the hall to meet one of the speakers and took permission to ease myself like a school student will do to his classroom teacher, he nodded in agreement and I stepped out without even asking where the restroom is located. I began to walk around, looking for a room with the notice of “toilet” or “restroom” but I couldn’t find any. The pressure was getting so high on my bladder and it appeared like it was going to burst in the next minute.
I just entered into one of the offices close by and the entrance door was slightly opened. I opened the door and went inside with the hope of seeing someone whom I will ask to describe where the restroom is located but I couldn’t find anyone. The arrangements of the tables and chairs showed that people haven’t resumed for that day because the furniture wasn’t well arranged and I saw some papers littered on the floor. I was about turning back when my eyes went to one corner entrance of the office and I saw the writing “Restroom” written at the top and I was a bit relieved. I walked pass the tables and went towards the entrance of the restroom then I found out that it was demarcated into three with three separate labels. Ladies on the left, gents on the right and handicap at the middle. The three rooms each have an icon on the door stating the genders and the handicap room has the handicap icon as well. Just as I held the handle to the door of the gents and was about opening the door, I head a soft moaning coming out of the handicap restroom. Out of curiosity, the feelings to ease myself disappeared and I pressed my ear on the door to listen better.
“huuuuuuuch”
“ ooooooouch”
“You are killing me baby”
“I have missed you baby”
“Deeper and harder baby”
“ooooooooouch”
“Please be quick, we must not be caught”
And I further heard a soft voice from a man who seemed to be breathing heavily
“few moment baby, huuuuh!!!!”
“ I am almost cumming!!!!”
“ huuuuuuch”
“ooooooooouch”.
Out of surprise, the pressure to urinate disappeared totally and I became interested in what was going on in the handicap room and who could the couples be.
While I was imagining the situation with my ear pressed on the door, I noticed they were quiet for about a minute and the next thing I heard from the guy was
“Go Go Go”
“ I will be here for a while and come out after you are gone”
Just like a police who was expecting criminals to come out of their hidden place, I stood still at the entrance with my two hands folded and I was waiting to see the person who would be coming out.
The door was opened and a fair busty and pretty lady came out of the restroom holding a broom and packer with some toilet cleaner and looking so sweaty like someone who just finished a marathon. There was an inscription “exclusive clean” on her vest which made me to conclude immediately that she is a cleaner in the organization. On coming out and sighting me with the look on my face which was obvious to her that I have caught her , she screamed “Jesus!!!!!” with fear all written on her face and the next thing she did was to fell on her kneel, stretched out her two hands towards me , rubbing it against each other and she was pleading and crying. 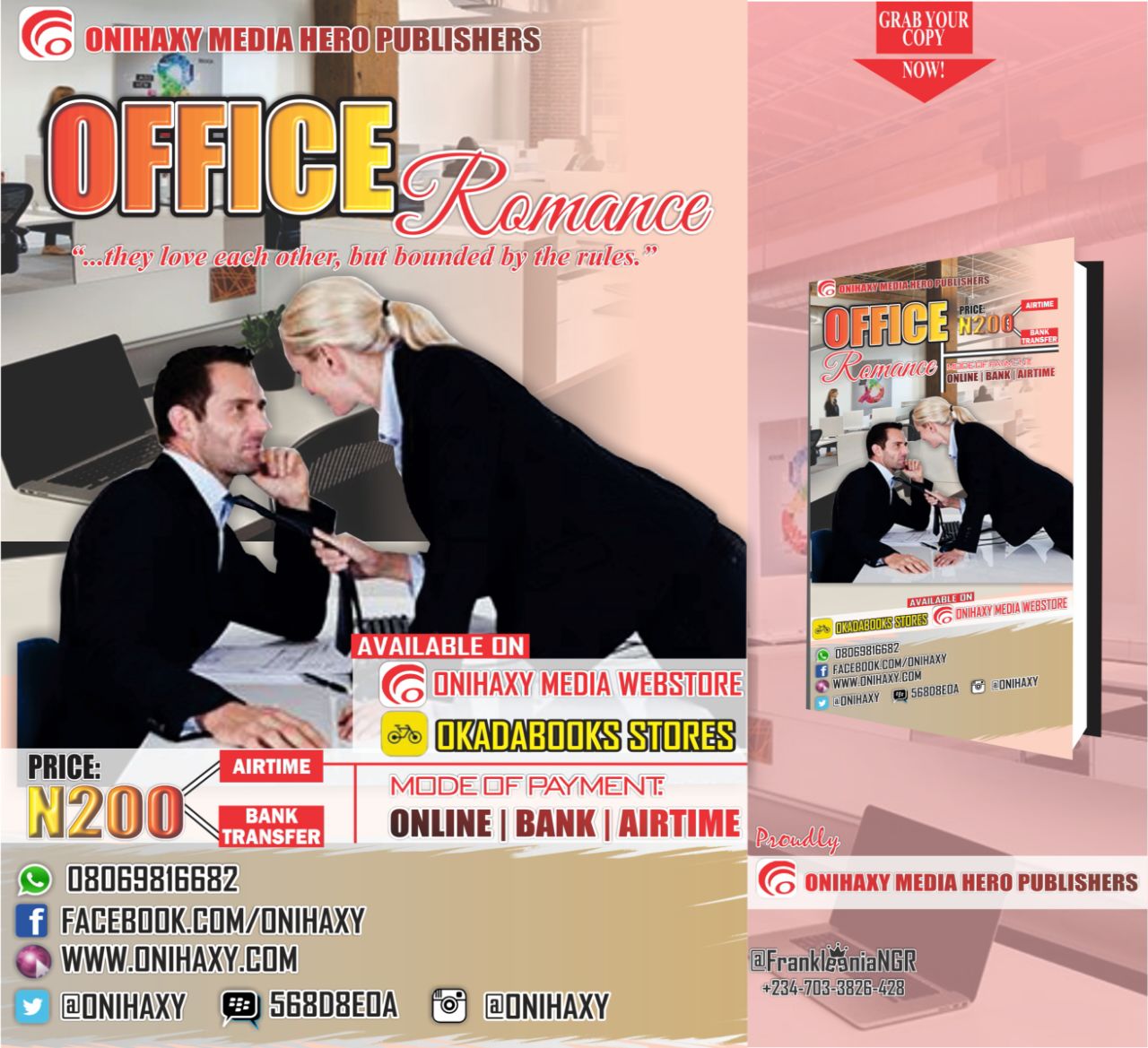