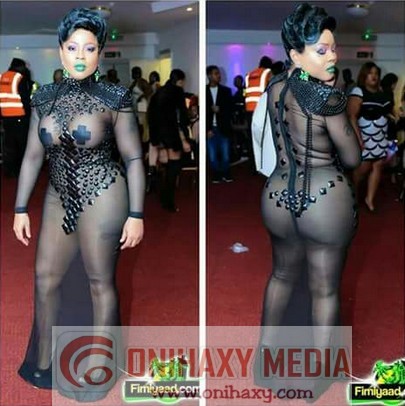 See what this lady wore to an event. Sexy or trashy?