The Governing Council of the Osun State University, Osogbo, has terminated the appointment of Dr. Olabode Ojoniyi of the Department of Languages and Linguistics, Ikire Campus, caught on video having an amorous relationship with one of his students, Mercy Ikwue.

Our correspondent gathered on Sunday that the Governing Council headed by Mallam Yusuf Ali SAN, sacked the lecturer, who appeared nude  on a bed  in a hotel room and caressing Miss Ikwue.

A member of the Governing Council confirmed the sacking of Ojoniyi to our correspondent in Osogbo on Sunday.

He said, “The Council met last week and the report of the panel that investigated Ojoniyi’s amorous affair with the female student was deliberated upon. His appointment was terminated because that is the penalty stated in the Code of Conduct of Staff of Osun State University.”

Apart from the member of the Governing Council, three other lecturers including two professors confirmed to our correspondent that Ojoniyi had been sacked.

Part II articles 15 and 23  of the Code of Conduct for Staff and Students of UNIOSUN read, “ An academic staff shall not conduct himself/ herself in relation to students in such a manner that derogates from his status as a lecturer, examiner and adviser. Specifically, sexual harassment of students by (members of) staff is totally forbidden. Any (member of) staff found guilty of sexual harassment shall be dismissed from the service of the university and may be handed over to relevant state authority for prosecution.

“An academic (member of) staff shall not demand from students any gratification whether in cash or in kind including sexual gratification in the discharge of his/her lawful duties. Breach of this code shall warrant appropriate sanction ranging from warning to termination of appointment depending on the gravity of the offence.”

Ojoniyi’s sex act was captured in a video which is believed to have been surreptitiously recorded by the female student.

The female student was said to have been pressurised by Ojoniyi for sex and she eventually agreed and followed him to their agreed place with a laptop computer from which she pretended to be watching a movie, Things Fall Apart.Unknown to him, Miss Ikwue was actually recording their sexual activities.

Ojoniyi had accused one of the lecturers of the university, who was recently dismissed for an alleged misconduct as the person behind the drama. According to him, the lady was contracted to blackmail him. But Ojoniyi did not deny being the one in the video.

The video clip went viral afterwards and Ojoniyi, when contacted by our correspondent did not deny that he was the one in the video and did not say his image was manipulated. He only blamed his detractors for the incident.

The Acting Registrar of UNIOSUN, Bayo Shittu, who doubles as the secretary of the council, did not pick repeated calls put across to his telephone line.

He had yet to reply to the text sent to him to officially confirm the sacking as of the time of filing this report.

A professor at the university recently resigned his appointment over the alleged rape of a female student in his office.

Some lecturers and students of the university told our correspondent that the professor knew that he would be sacked if the case was investigated and he hurriedly resigned to prevent the embarrassment which would follow. 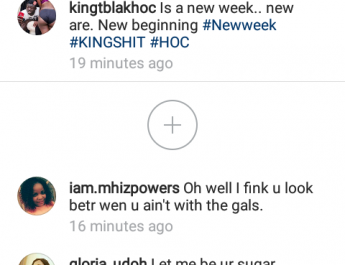