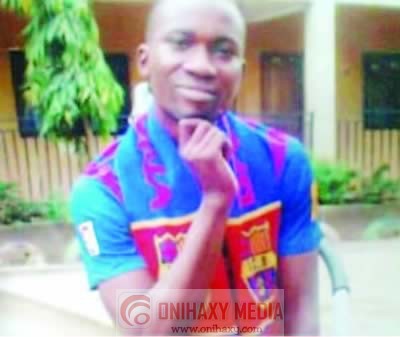 The twin brother and the wife of Taiwo Ariyo were in shock when the 34- year -old drank local insecticide , Sniper , in their presence after suffering a bout of depression .
Despite efforts to save his life , the victim died at the Lagos University Teaching Hospital, Idi- Araba , Lagos .
PUNCH Metro gathered that Taiwo had expressed sadness over the alleged uncaring attitude of their United States of America- based father , Mr . Clement Ariyo .
Clement, a pathologist with the Red Cross Society , was said to have married two wives .
While Taiwo ’ s mother had three children , the second wife had two .
It was alleged that Clement was always sending money to his second wife and her children while neglecting the three children of the first wife .
Our correspondent learnt that Taiwo , who became depressed over the matter , headed for the house of his stepmother on Shaba Ojo Street , Igando , on Saturday.
The twin brother, Kehinde, was reported to have urged him to leave the place , but he refused .
PUNCH Metro was told that Kehinde made a call to the victim’ s wife .
On sighting the pregnant wife , the Premier Lotto agent drank the insecticide and slumped.
He was rushed to the Igando General Hospital around 12. 30am on Sunday and was referred to LUTH , where he died .
A member of the family, who begged not to be identified, told
PUNCH Metro that the victim ’ s father was to blame .
He said , “ The problem is that the father does not care for them . We had all talked to the man, but he didn ’ t listen . The whole thing got to Taiwo , but I counselled him to forget about his father .
“ On that day , he said he would sacrifice himself for the other two children . He said maybe if he died , their father would wake up to the reality. ”
The source added that the victim went to the house of his stepmother and refused to vacate the premises despite entreaties from the twin brother, Kehinde.
“ Immediately he saw his wife , he dipped his hand into his pocket, brought out the Sniper and drank it.
“ Kehinde raced out to get a cab to convey him to a hospital . He didn ’ t get a cab on time . We rushed him to the Igando General Hospital.
“ Around 2. 30am , a nurse said he was not responding to treatment and asked us to transfer him to LUTH, ” he added .
PUNCH Metro learnt that at LUTH, the victim was turned back for lack of a bed space .
He was later admitted after a doctor intervened .
The victim was said to have been confirmed dead around 6am on Sunday .
The family source said when Clement was called that Taiwo had died , he asked the twin brother, Kehinde, to bury him .
The victim was said to have been buried on Tuesday.
“ Since that day , the stepmother has not called to condole with us . On the night that the boy took Sniper , I was screaming on top of my voice and calling for help, but nobody came to our help, ” he added .
When our correspondent contacted the victim ’ s father in the US, he wondered why he would be catering to a married man.
He described late Taiwo as “ wayward, ” saying he always gave him problems before his demise .
He said , “ I did not take care of him ? Care for a 34- year -old person that went to school and got married ? A man that had children with different women? And now that he is dead, he has added more to my burden .
“ Did you know that he had his first child 10 years ago ? That child is now in Ado -Ekiti and I have been the one responsible for him . He had another child last year , but he denied the paternity. I am 66 years old and should be retired ordinarily; So how can the 34-year- old said I didn ’ t care about him ? He was a controversial son for 34 years that he lived .
“ I woke up on Saturday to see a suicide note that he sent to me. In the note , he said he would kill himself . When I saw the note, I immediately called his twin brother and told him to go after him . He said he wanted to get married , buy this and that. He even went ahead to post the same thing on
Facebook. ”
Clement said different women had called him to say they had relationship with the deceased , adding that one claimed that she had no fewer than 10 abortions for him and he still dumped her for another girl.
He said he called the victim when he came to Lagos last November and counselled him to get his act together.
“ Instead, he lied to me that he wanted money to travel to see his son who was in Ado Ekiti and I gave him $100, which he changed to N 37, 500. I later learnt he didn ’ t visit the boy . At another time , I bought clothes for that boy , but Taiwo didn ’ t deliver them , ” he added .
The Lagos State Police Public Relations Officer, ASP Olarinde Famous -Cole , said he would call back , but he had yet to do so as of press time. 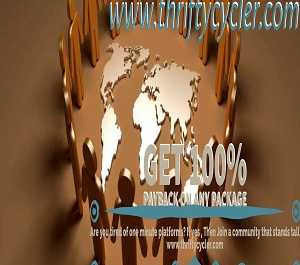 SPONSORED POST: This is new and will be the best. Thriftcycler pays !!!