EPISODE 6
Paul wanted to fulfil righteousness and be holy to God, his girlfriend he loved so much was out there feeling lonely and bored. Paul was confused on how to balance his spiritual life with his emotional life. He wish he could make eunice happy but he doesn’t know how to go about it. He was already back to his spiritual stand with God. He wish he could make eunice spiritually fit like himself but it was always impossible. He couldn’t leave eunice because he loved him so much and the love was hindering him from thinking straight. He keeps hearing this two contradicting voices about Eunice. One voice will tell him to quit, another voice will tell him to hold on to eunice. He couldn’t tell which of them is of God and of Demons.
After struggling with thoughts, paul decided to consult a spiritual leader for a divine insight on his situation. He knelt down and he was prayed for. After 18mins of prayer, the spiritual leader told paul that he wasn’t compatible with eunice, they are two opposite character and it wasn’t God’s chosen. Paul tried to let the pastor realises how he often dream about her and how a voice always spoke to him about eunice, but the pastor repeated it again that eunice was a wrong choice, the only solution is to quit. Paul was shocked. “How do I go about quitting with the girl I loved with all my heart?, I need to go on to God personally for confirmation” paul thought.

The following week, eunice’s attention was shifting gradually from paul. Even at school, she wasn’t fond of staying around paul again like before, she was always seen chating on her phone and laughing out alone at intervals. Paul wasn’t getting comfortable with this latest development, he decided to go on a 3 days fast and prayer to get a confirmation about eunice.
3days into the fast, he had a dream and saw himself sitting infront of a house containing maidens. He came there to pick a wife, Eunice was in rags coming out of the room looking dirty and smelling. Then someone called her back and told her ” see that guy out there (pointing at paul), he wants a clean woman as wife. Take this clean cloth and perfume to cover yourself so that he would pick you.” Eunice immediately sprayed the perfume and wore the clean with cloth, she washed her face and she appeared good looking. On getting outside, paul was carried away by the outward look without taking a look at the inward appearance and he immediately picked eunice and left for the aisle. Along. The road to the aisle, wind was blowing and eunice’s good looking dress was about to be blown open by the wind, then eunice told paul. “Dear, I don’t want you to see me until we get to the aisle. Let me tie this little cloth on your eyes and I will hold your hands to lead you till we get to the aisle”. Paul agreed and his face was covered.
Eunice held paul’s hand as the walk along, on their road. They met another dirty young man eunice immediately held the man with her left hand and the 3 were walking along while paul was blindfolded to notice the latest development and also, he couldn’t see people waiving at him to stop and see his new company. Paul woke up immediately and started sweating. He picked his bible and began to pray. This time, he held a voice clearly with any hindrance saying “paul, paul, paul!!!, she is not your woman!!!!”.
Paul took the boldness and courage to open up to eunice and broke up with her, telling her it was an instruction from God. The both cried for days. Few days later, eunice finally cheered up and sticked to valentino. NYSC ended, paul travelled to lagos to stay with one of his friends who promised to help him with a job. At lagos, another problem happened to paul……. 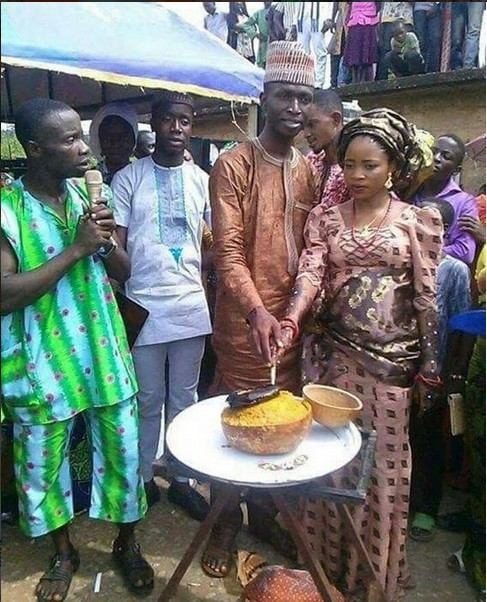