News update
November 6, 2017
Posted By: onihaxymedia 0 Comment
Spread the love, please share with friends after reading
The Operatives of Rapid Response Squad of Lagos State Police Command have arrested a suspected human trafficker while trying to transport two teenage girls through Lagos to Abidjan in Ivory Coast for commercial sex work.
.
The suspect, Martha Edea, 30, a mother of two from Ogoja in Cross River State, was nabbed in Lagos after travelling with the young girls from Benin, Edo State.
.
Martha confessed to the police that she was trafficked to Ivory Coast by one Mariam who told her there were chances of securing a good job in the country but was later introduced to sex work where she slaved for months in paying back her custodian who brought her to Abidjan.
.
Martha said: “I worked for three months to pay Mariam N180,000 to balance her for my transportation into Ivory Coast and also for connecting me.” She added that Mariam after collecting the money travelled to Spain abandoning her as a sex worker.
.
The mother of two who left her children in the village with her mother couldn’t find a headway in the business after her connector had travelled to Spain. She further explained that she yielded to her friend’s advise to come back to Nigeria to recruit young girls for the business.
.
Martha however, came back to Nigeria and headed for Edo State where she was told that she will find young girls willing to travel out of the country to hustle as strumpets.
.
On her part, one of her victims, Francess Bamidele, a 19-year-old secondary school dropout, said she was elated to hear that prostitution is very lucrative in Abidjan so she opted in for it.
.
Deborah recruited Elo Etim, 18. Martha in her statement said, ‘I met with Elo’s mother and told her what her daughter was about to embark on in Abidjan and she agreed to it, she also prayed for her and wished her good luck.”
.
Elo confirmed that her mother was elated about the journey that she gave her some money and phone number to call when she got to Ivory coast. 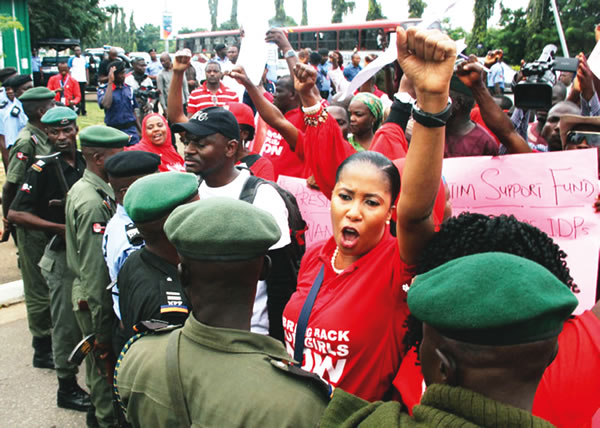