THE UNEXPECTED LOVE
(Tochi in school)
Season 1
Episode 12
:
Wisdom was still in his classroom when Mr Anuma drove out and saw Tochi standing alone, then he whined down his glass and adjusted his eyeglass.
“Desmond!” he called. “What are still doing standing like an evacuee. You can see the weather is hundred percent egreglous”
Tochi smiled because she always enjoys his grammars.
“I’m waiting for Wisdom, sir” she replied.
“Okay”
As Mr Anuma wanted to whine up the glass, Tochi interrupted him.
“Sir!” she called smiling, and Wisdom saw her through the window how she was so conversant with Mr Anuma.
“Any problem, Desmond” Mr Anuma asked.
“Sir, i want to be like you oh”
“Really?”
“Yes sir. I enjoy your grammar”
Mr Anuma smiled. “For you to be like me, you have to become a Lexicographer” he said.
“Ele ngini?!” Tochi asked in igbo language holding her ears closer to Mr Anuma and Wisdom smiled from the window.
“Lexicographer!” Mr Anuma repeated.
“Nna sir, this one is too much”
“Just make use of your oxford dictionary my dear, sixth edition and above” Mr Anuma concluded and drove out, then Wisdom came out.
“Are you ready?” he asked.
“Yes” Tochi replied.
“Let’s go, the weather is bad”
They began to walk briskly towards the narrow lonely road. The more they walk, the more the weather changes. None of them said a word but only thought of how unbelievable it was for both of them to walk home together. Tochi occasionally glanced at him with the corner of her eyes. And sometimes if their eyes catch together they will smile.
Just at the middle of the road, rain began to fall and there was no nearby buildings.
“Oh Lala!” Tochi exclaimed. “Senior is raining oh” she added.
“I know!”
“What are we going to do?!”
Wisdom raised his head and saw a tree that serves as a shelter.
“Let’s go to that tree and stay under it! Run!”
Tochi couldn’t run due to her bag and Wisdom collected it from her, then she stared at him in surprise
“Why are you looking at me? Run!” Wisdom shouted again before she realised herself.
They finally got to the tree partially wet and Wisdom saw Tochi breathing heavily with her hands on her kneels trying to regain lost energy.
“I’m tired” Tochi stood erect.
“Sorry” Wisdom said without looking at her but she stared at him.
“Can i have my bag?” she demanded.
“Sure” Wisdom handed it to her and they looked at each other straight into the eyes.
“I never knew you are this good” Tochi broke the silence. “You have been so mean to me lately”
Wisdom smiled, he kept his bag and began to unbotton his shirt.
“Such is school life, though I’m sorry for being so mean to you” he apologized, then Tochi kept quiet. She dropped her bag too and placed her hands across her shoulder gazing into the sky. Wisdom noticed that she was battling with cold, then he brought out a jacket from his bag and covered her shoulder without her knowledge. Tochi became speechless, she also watched him clear the ground and told her to sit. Without hesitation, she gradually sat down and Wisdom sat beside her with just a singlet, then they stared at each other…
*
Esther wore a jacket and a jean trouser at home. In her room, she walked towards the window and held the metal protector staring at the heavy rain. She couldn’t stop thinking about Wisdom. “Chester don’t disappoint me” she thought and brought out her assignment book.
On the other hand, Jennifer was already doing her assignment. She didn’t put on anything but just a pant and bra. One could see the shape of her pussy through the white pant. She suddenly kept her pen and raised one of her legs up. “Is time to tell Wisdom my mind since he can’t just notice it” she thought and grabbed her pen back.
However, Calista had done her assignment already. She wore a bumshort and a red top. She couldn’t stop thinking of the way Chester shouted at her at school, then she became heartbroken and blamed Esther for it.
Moreover, Melody walked in2 her room wearing a long fairy gown without a bra. Her nipples were visibly seen but she didn’t mind bcoz she was the only one at home. She wasn’t thinking of anybody but the good deed Wisdom rendered to her couldn’t get off her memory. His handsome face appeared to her each time she closed her eyes.
Finally, at Chester’s resident, he couldn’t just stop thinking about Esther’s very statement: Just make Wisdom understand that i love him, please!
*
Tochi was carried away by Wisdom’s muscular body. So she became shy to look at him.
“Why did you pull your cloth?” she asked.
“To allow it dry” Wisdom replied and they became quiet again.
“Thank you very much for your kindness, senior” Tochi broke the silence.
“You’re welcome. But you can stop calling me that”
“Calling you what?”
“Senior”
“But you are my senior”
“Under a tree?” they smiled.
Tochi struggled to rest her back on the tree comfortably. When Wisdom noticed it, he placed his hand across her shoulder and said, “Rest in my arms”
“Really?”
“Yes”
Tochi smiled and slept off in his arms.. 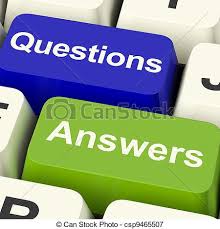 10 questions you need to answer to be successful in life

My encounter with a waitress (18+) episode 2