By Dayo Johnson, Akure Three men are being held by the police in Akure, Ondo State capital for the murder of three female students of Adeyemi College of Education, Ondo town for money ritual.
John Adenitire, aka Emir, Fasayo Fasanu, aka Abore and Alfa Abdulrafiu Tijani, a herbalist, claimed they killed the students and removed their left breasts and hands after they were promised N5million for each of the breasts and hands by suspected ritualists. They confessed to have subsequently buried the remains of their victims in the thick forest. Meanwhile, the suspects said they had delivered the breasts and hands to the man who linked them to the ritualists but were yet to be paid for the job when they were arrested by the police. The middleman, identified as Sile, now at large, has been declared wanted by the police while the composing bodies of two of the victims, Blessing Oladepo and Mary Oluwasemilore, have been recovered by detectives from the shallow graves where they were buried in the forest. Sile’s clients, it was learnt, had their base in Ijebu Igbo, Ogun State. First to be arrested was Adenitiri who led police detectives to other suspects and where the decomposing bodies of two of the three students were recovered. The place of the burial of the third victim, whose name was not disclosed, was yet to be ascertained by detectives. Sources said the three students began their ill-fated journey when they left their rented apartments outside the Adeyemi College of Education campus for an unknown destination. After they left home, the victims were said to have been carried on motorbike by Adenitire and Fasanu who posed as Okada riders. At that point, the three girls were believed to have been hypnotised, diverted from their destination and taken to the forest where they were killed. Tijani, according to sources, was the person who received the breasts and hands removed from the girls bodies and, in turn, gave them to Sile before the middleman disappeared without paying the promised N15million. The sources said the disappearance of the victims was not reported to the college authorities until about one week after they had been missing by neighbours and a report was lodged with the police. The matter was then assigned to the anti- robbery squad of the state police command which burst the syndicate. Narrating how the three students met their cruel fate, one of the suspects, Adenitire, said the money attached to job attracted them to kidnapping the girls and killing them. N15million for three hands and three breasts, according to him, were too tempting to resist. He said that after they killed the girls, they handed over the body parts to Tijani, who he described as the herbalist, who, in turn, transported them to Sile now at large. “They promised to give us N5 million for a left breast and a left hand and we were able to send three different sets to them but they had not sent the money before the police nabbed us,” the suspect said. “We killed the three girls and removed their breasts and buried their remains in the forest. We gave the parts to the Alfa and Sile who is also part of us but took to his heels after our arrest. “I was not there when the victims were killed but I was the one keeping vigil at the entrance of the forest and the operation was successful. I did not participate in the killing.” The second suspect, Fasanu, said, “I was in my house when John Adenitire told me he had a business that could lead to cool money for us. He told me it was about ritual and assured me there was no problem. “We went out the second day around 9:30 p.m. and three girls and one boy were picked and we killed them before removing their parts while Sile took them to herbalists in Ore and Ijebu Igbo.” Ondo State Police Commissioner Gbenga Adeyanju, while parading the suspects alongside 15 other suspected armed robbers and cult members, said the suspects had been engaged in the crime for a while and had extended their activities to neighbouring states. Adeyanju said the suspects were arrested at different locations and had confessed to killing the three students. According to him, a report on a missing girls were made at Fagun Police Station, Ondo town on July 28, saying the report triggered police investigation that led to the arrest of the suspects. Adenitire, the police commissioner hinted, was arrested in a robbery incident in Ondo, and later confessed to the kidnapping and killing of the missing girls for ritual. He said further investigation led to the discovery of the bodies of two of the female students, disclosing that Adenitire’s confession also led to the arrest of the two other suspects who participated in the killing. According to the police boss, Adenitire and Fasanu specifically confessed to selling the breasts and hands of the ladies to Tijani in Ore, who promised to pay N15 million. Adeyanju said, “During interrogation, the suspects confessed to mutilating the bodies of the victims for ritual purposes. In fact, the suspects took us to where they buried the victims. On getting there, we found the bodies already decomposing” He said that the suspects would be charged to court for murder after police investigation. The police boss declared total war on criminals in the state just as he solicited the cooperation of the people of Ondo for information to the police in their bid to rid the state of crime and criminality.
Source : vanguard A man Raped and impregnated his teenage daughter in lagos 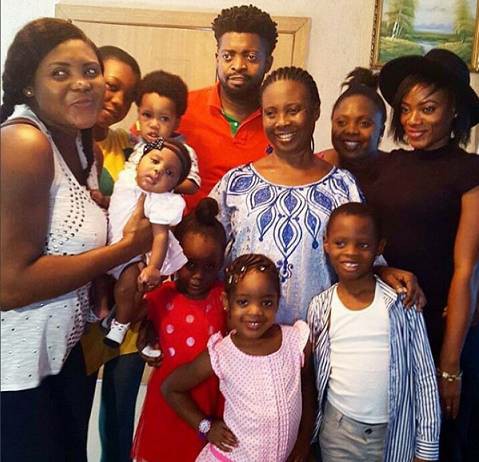 Comedian basketmouth celebrates his mum at 60.. 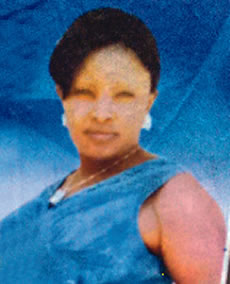